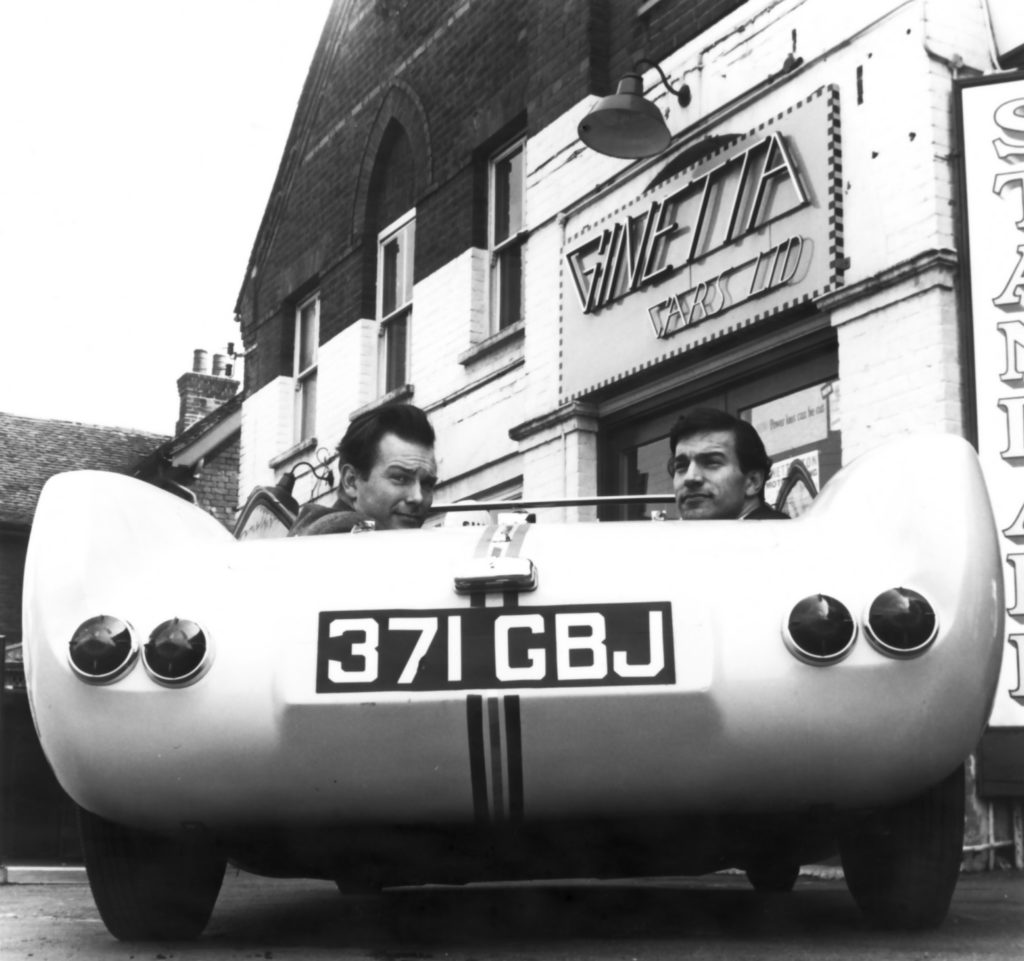 155-157 Newland Street, Ginetta cars. First production G4 sports car. In the car are Trevers Walklet, stylist (left) and Ivor Walklett, designer (right). They’d just come here from Suffolk. Their cars had cult status and this one had a top speed of 130 mph. It was launched at the Racing Car Show of 1961 and was voted the prettiest car in the show. Later moved to Scunthorpe. See book by Bob Walklett, ’31 years of British Specialist Car Manufacturer Ginetta, the Inside Story’.