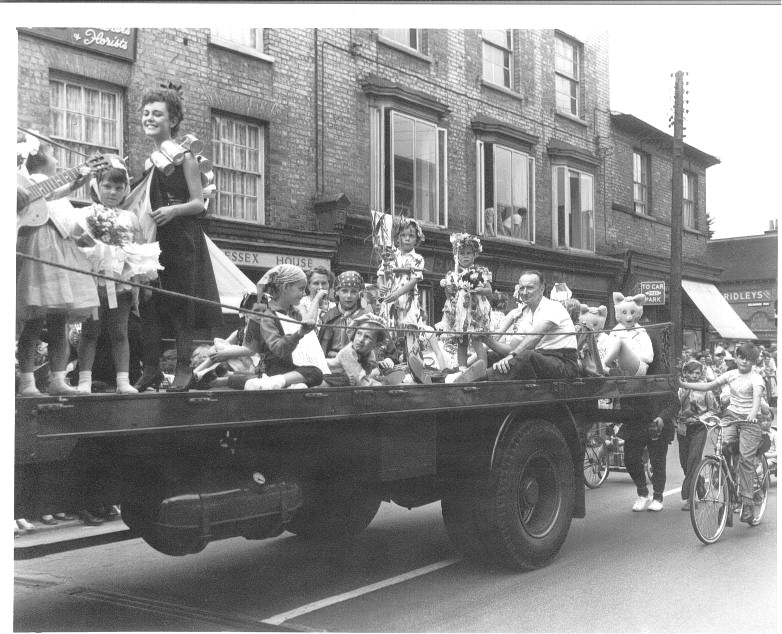 The Carnival Queen was nearly late, and one of the bands didn’t arrive till towards the end, but it was a successful day – see the Braintree and Witham Times, 23 June 1960.