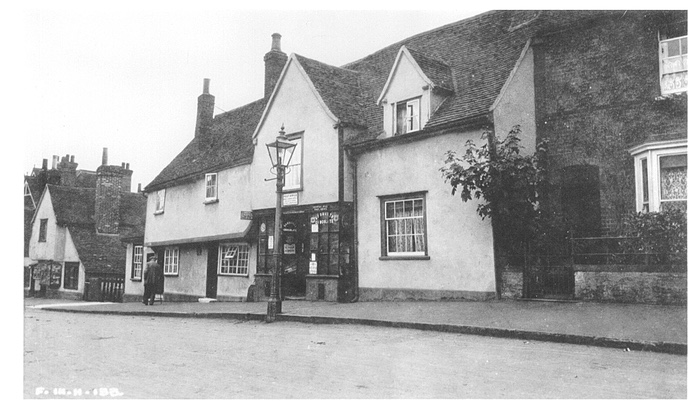 Left to right, part of 39 Chipping Hill (left of and including lean-to), building in front of 41 Chipping Hill (small), 43 Chipping Hill (no gable, long jetty), 45 Chipping Hill (with shop front and notice saying ‘Post Office’ at left hand side of it), part of 47 Chipping Hill (set back, newer, extreme right). Numbers 43 and 45 were described by the RCHM in 1914 as a ‘house with two tenements and shop’, and their plan says ‘occupants pea-picking’ at number 43.

The original RCHM Record Card for these buildings from 1914, contains rather more about their structure and history. They were Witham Monument 14. I think the cards may now be held by Historic England in Swindon.