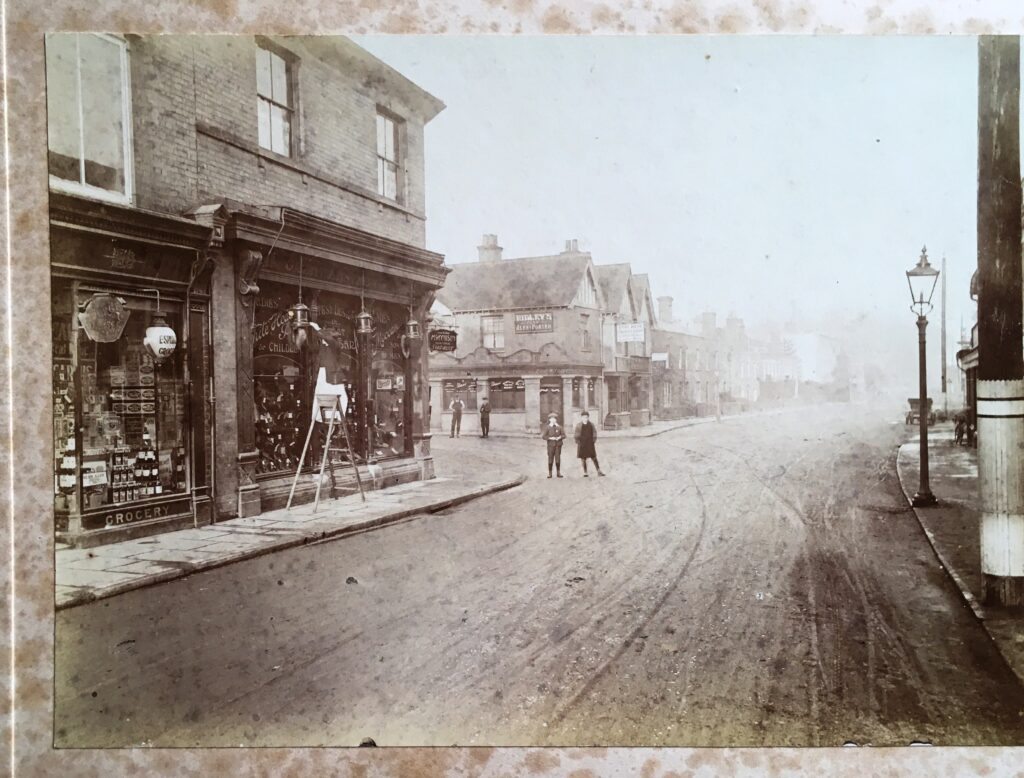 40 and 42 Newland Street and the George PH, with boys in the road.   Number 40, on the corner, has “Great Eastern” on the fascia and several adverts for Moccasins for men, A man is on some steps doing something to the lamp.  Number 42, near the camera, is Spurge’s grocers’ shop. Edward Spurge came to Witham in about 1890 and stayed till 1937 or probably later – that’s when the directories stop. He stayed in the shop on this photo but some of the time had another one too.  Sometimes he was a grocer and wine merchant, at other times he was a draper/milliner, and at yet other times a combination of the two. He was best known for his high-class drapers’ shop in the 1920s and 1930s. This was at number 42, shown on this photo,
The George has F W Filbey as the landlord He was at the George only from about 1906 to 1912. See Interviews 17 and 20 with his daughter Frances.