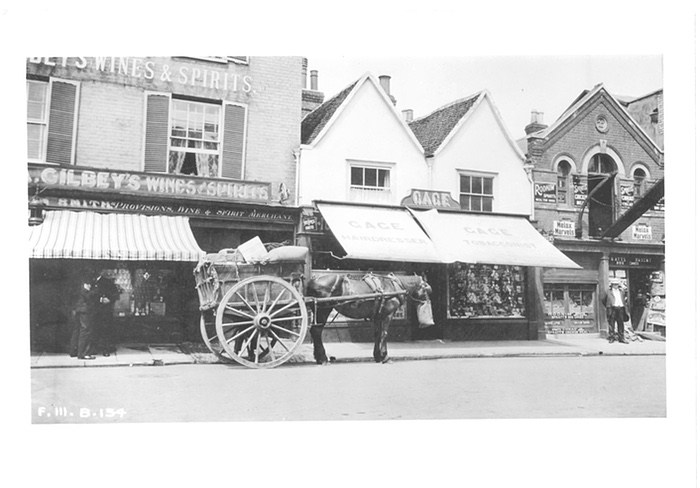 Left to right, 50 Newland Street (‘Luckin Smith, provisions, wine and spirits merchants’, with advert for ‘Gilbey’s wines and spirits’), 48 Newland Street (‘Gage’, ‘Hairdresser’ and ‘Tobacconist’), 46 Newland Street (with crane; was Charles Brown and sons’ corn merchants). Horse with nosebag and cart in front. Number 48 was described by the RCHM in 1914 as a ‘house, now two shops’.

The original RCHM Record Card for these buildings from 1914, contains rather more about their structure and history. They were Witham Monument 20. I think the cards may now be held by Historic England in Swindon.