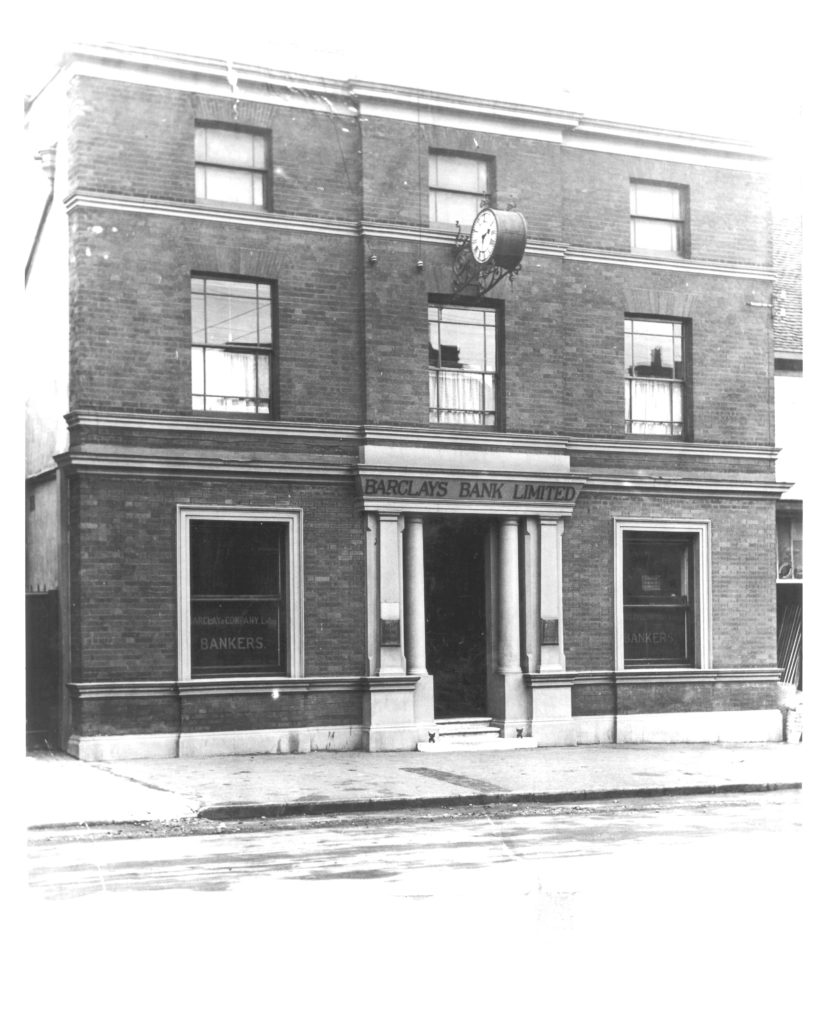 61 Newland Street as Barclays bank. Has clock which came here 1910. Barclays moved to 59 in 1939. Miss R N Beck Peecock, whose father was bank manager here, left a note with it, which read ‘Photograph of Barclays Bank, Witham, as it was when I lived in it. The new Bank was built next door, an old plaster house being pulled down to make room for it. The old Bank is now a tobacco store for L J Rippon & Sons. I think back part of house is a flat. It does not appear to be much altered, or wasn’t when I stole round the yard to have a look, a few years ago. New bank was opened in 1939 just before the war. It’s a pleasing structure of brick. Top storey in photo is a fake. These three windows are not backed by rooms only a parapet. Incidentally, rats teem all through that roof, we used to hear them every night. The clock was given to the town by late Mr Laurence of the Grove (also pulled down). The works made great noise & sounded like a heavyweight policeman walking up & down. One got used to it, I slept with it for 8 years ! The clock was lighted by electricity (then a novelty). This was about 1912. My Mother had to put off the switch at about 2 a.m. every morning. She says she did it in her sleep quite mechanically’.