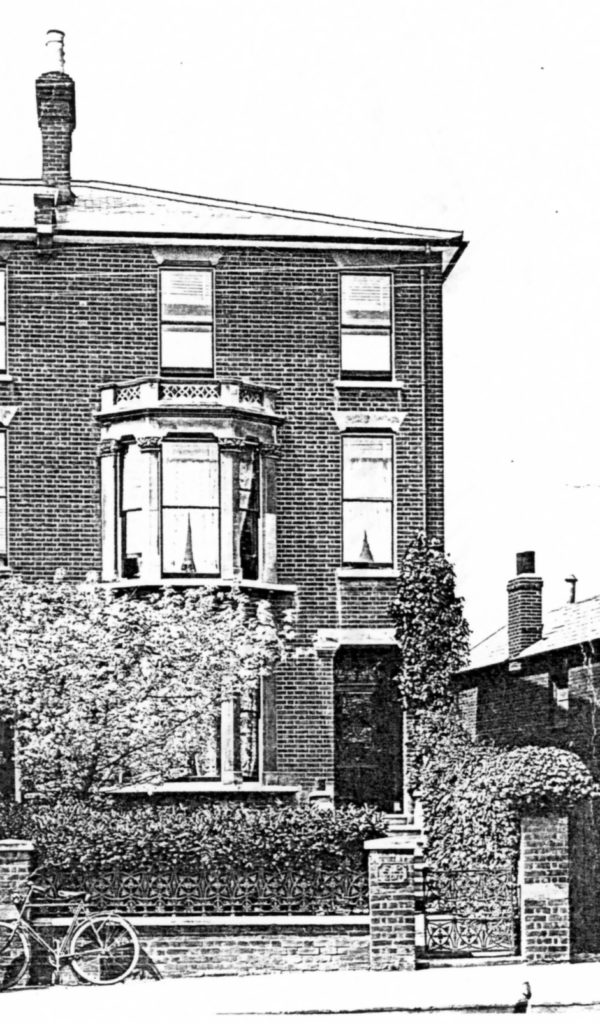 80 Newland Street, part of Medina Villas, built 1883. Addressed to Mrs E.C.Smith, Mediina Villa, Witham. She was wife of Edward Charles Smith who died 1889. She lived at 3 Medina Villas c.1889 to 1917 according to directories. The message reads ‘Part of the House where the Misses Davey went to school, in Miss Ford’s time’. Miss Ford’s school which was in the previous Medina House, early 1870s to 1883, demolished to build Medina Villas. The ‘Misses Davey’ who were said to have attended the school would have been Adela and May, born about 1860, daughters of Charles Matthew Davey (formerly involved in Davey Paxman iron company of Colchester). The owner of the photo is a descendant of the Daveys.