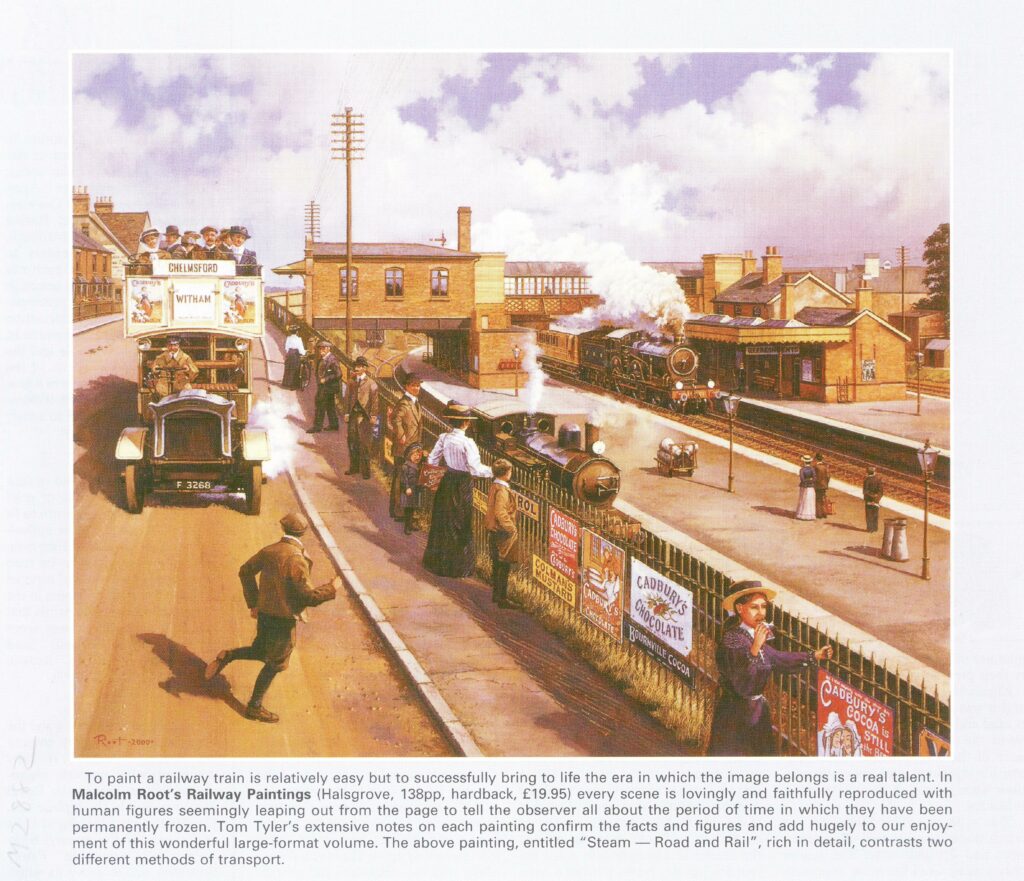 A painting by Malcolm Halstead of the railway station and an open-topped bus. On the left are houses in Albert Road. Two steam locomotives are in the station, one with a train.  The bus is marked Chelmsford with a fixed sign and Witham with a removable one. The bus has registration number F 3268 which must be invented by the painter. According to the register at the Essex Record Office (C/DF 11/2) that number was issued to L D Clarkson, Secretary of State for War, in 1909, cancelled in 1916 (other details are in the heavy motor register that I haven’t looked at).