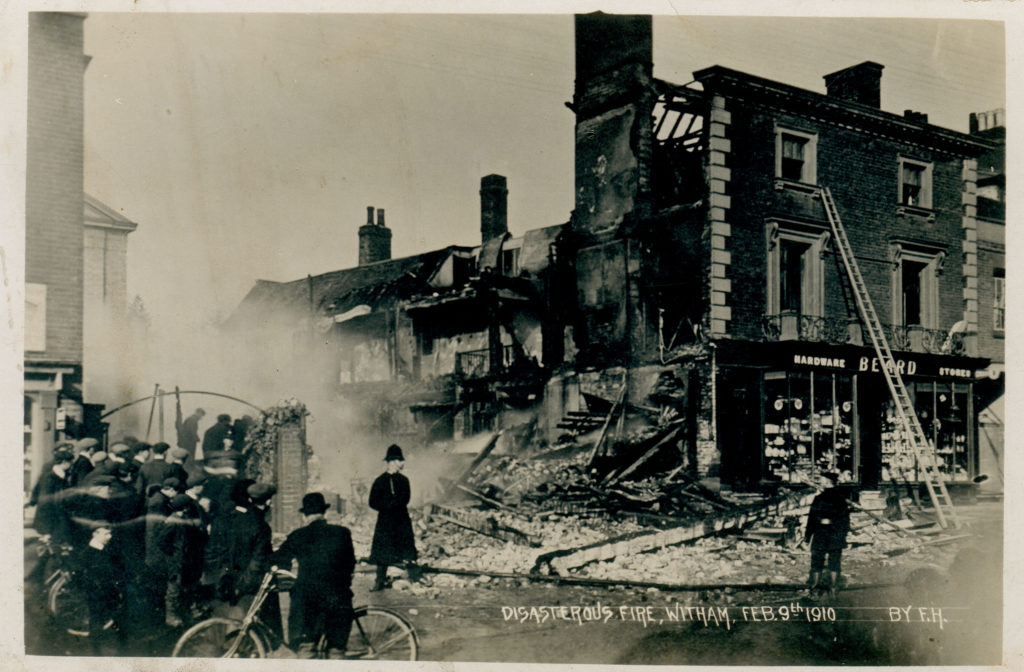 After the fire at the Constitutional Club in 1910. Seen from road, with crowd. On left, part of 90 Newland Street, on right, remains of 88 Newland Street (Beard, hardware). Policeman on guard. No stamp or postmark. Addressed to Miss Rosie Marriage, 96 Dunstans Road, East Dulwich, London SE. Message reads ‘Hilda thanks you for PC. She was pleased with it, thought you might like this for your album, this fire done 1000 s worth of damage it was where the town clock was, so we have a new town clock now on the other side. Love from Aunt Nellie’.