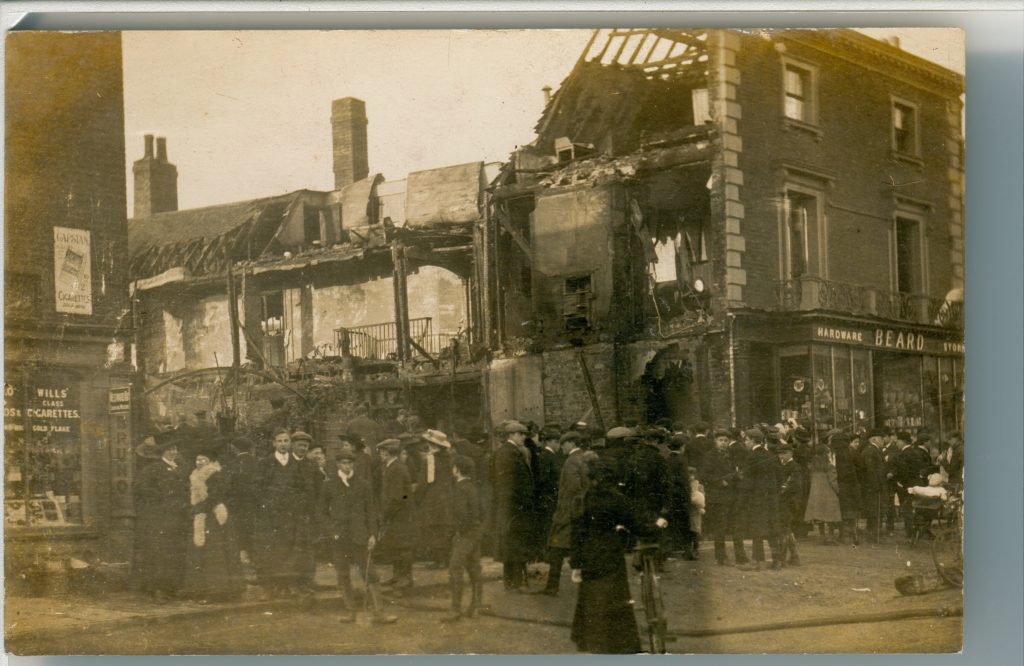 After the fire at the Constitutional Club in 1910. Seen from road, with crowd. On left, part of 90 Newland Street (with cigarette adverts), on right, remains of 88 Newland Street (Beard, hardware).