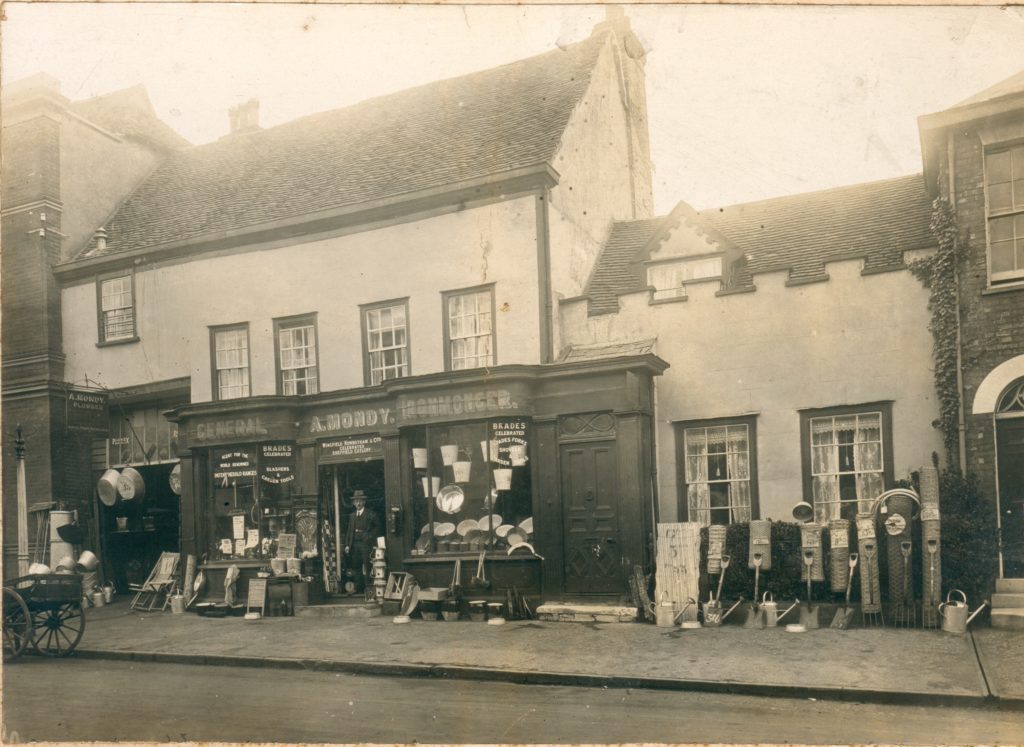 Mondy’s ironmongers’ shop at 63 Newland Street. Albert Mondy the owner in doorway of shop. Low part on right was part of the Mondys’ house, with living room at front. Crenellations on parapet were removed after the Mondy’s sold it in 1951. They also lived over the shop; the bathroom was over the archway; in this photo it has bars in front whilst in M1806 it hasn’t. Nyria didn’t remember bars from 1945-51 so perhaps this photo is the earlier and the bars were removed. Also this one has no pole (perhaps a telephone pole ?) on the right, whilst there is one in M1806. Mondy’s got the phone about 1926 judging from various phone directories. Also on this one Mr Mondy looks younger. Small part of 61 Newland Street on left and of 65 Newland Street on right. Gas lamp on left with no glass at top – perhaps when