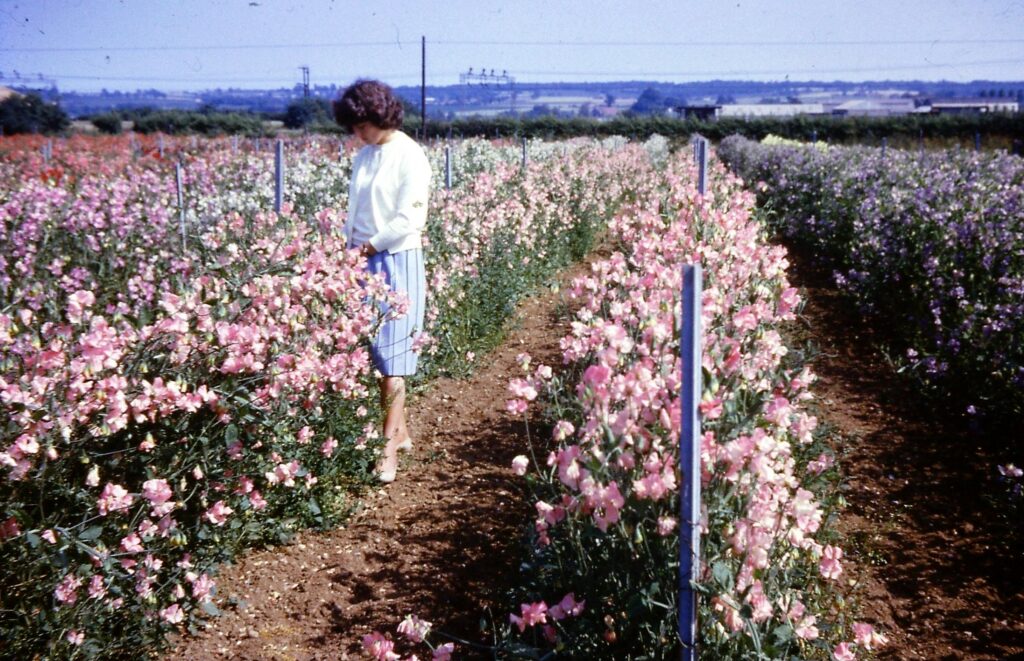 Angela Dersley (nee Williams) tending the sweet peas for Cullens’ seed company. Probably at a weekend because she was not in her work clothes. This picture was taken on the trial grounds. The plants grown there, and later on their seeds, had to be minutely checked for defects and for invasion from other species. The seeds themselves were checked and packed in Cullen’s large weatherboarded warehouses. This was an arduous job in itself, and Mr Cullen was very particular For instance, Sellotape was banned. All the fastening and fixing was done with sealing wax.The warehouse buildings still stand in Braintree Road and White Horse Lane. The firm closed in May 1984, and the warehouses were then used for various purposes including the Witham Technology Centre. The company closed in 1984, and the warehouses are now occupied by flats. The place where Angela was standing is now in the area where the houses in Walnut Drive etc. have been built. The allotments which are now in Cut Throat Lane used to be the base and the sandwich-eating space for Cullens’ groundworkers