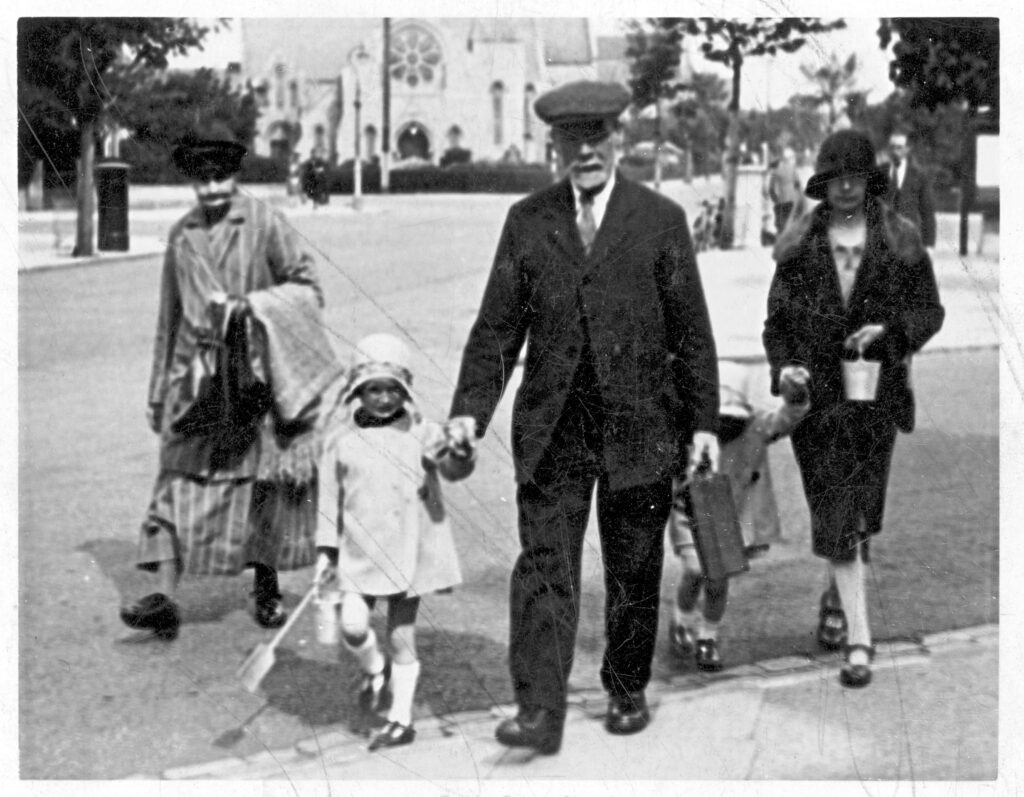 Arthur and Emily Skingsley out with some of their family. Previously he was a farmworker and they lived at Finchingfield then Wethersfield. Then lived in Chalks Road in Witham by 1930. They had at least nine children, of whom Ernest was living at Olivers Cottages in Witham by 1920, Ann Argie married George Thompson of Witham, coal merchant, and Annie married Charlie Smith of Witham and Silver End. Arthur died between 1938 and 1947, and Emily in 1955.