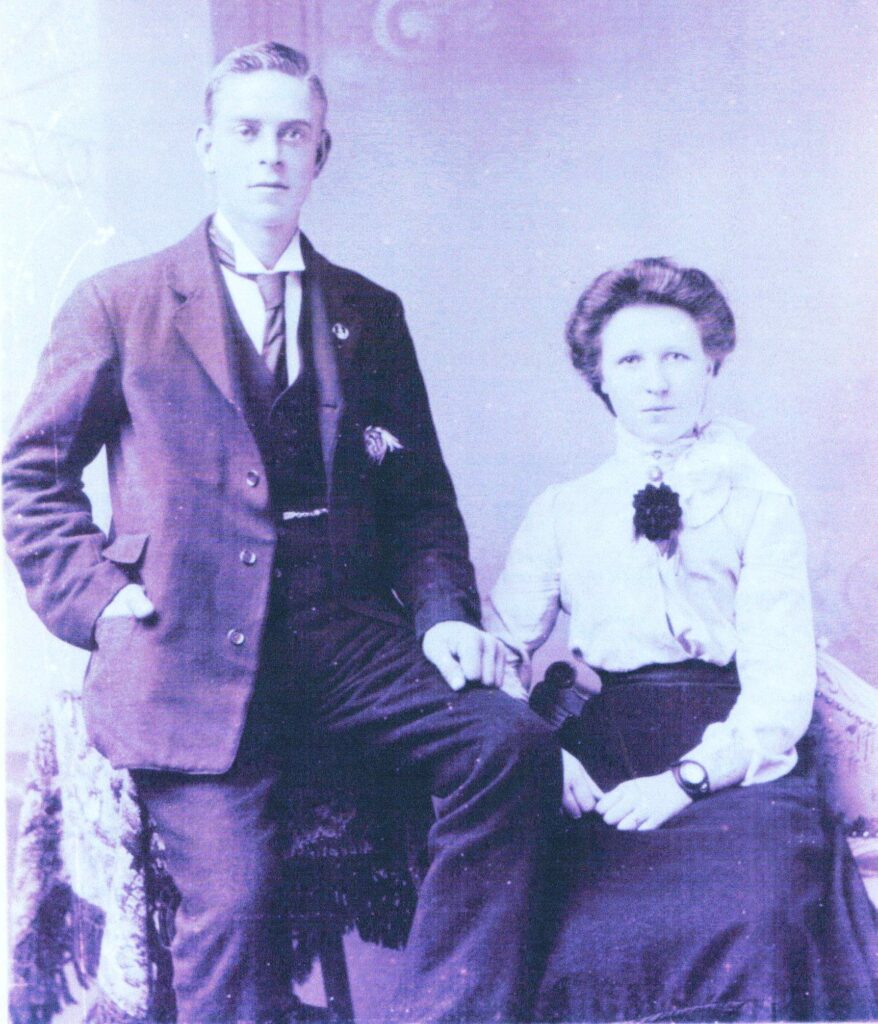 Arthur Hammond and his wife Jane Agnes Hammond (nee Levett). They married in 1903. He was from the family that lived at the Sewage farm house. The house was In Blackwater Lane, immediately east of the Witham to Maldon railway line. Arthur was possibly known as Harold Arthur in later life, in which case it was he who was foreman of the Sewage farm by 1920.   In 1916 and 1917, Witham Urban District Council complained to Jane, first because she was taking in lodgers at the Sewage Farm House, and second because of the behaviour of her children. They had been “untying horses, opening the Stable door and gates, driving cattle from one field to another, and other general mischievous conduct”
In 1919 her sister-in-law accused her of assault. She was acquitted – the Bench decided that the assault may not have taken place, and if it had, Jane had been provoked