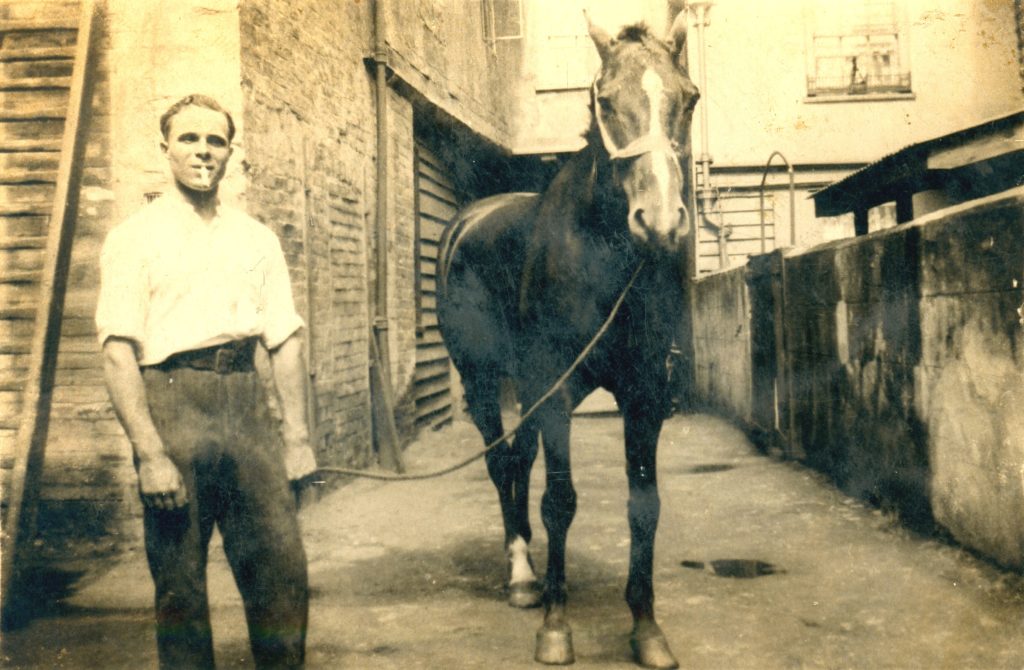 Arthur Shelley who worked at Palmer’s the bakers of 83 Newland Street, putting away their horse for the last time before they changed to the van. On left is back of 83 Newland Street, with archway behind the horse. On right is back of 67 Newland Street. Arthur and his wife Evelyn (nee Baldwin) lived in a house behind 67, which would be on the right of this photo but further forward (shown in photo M1766). The flour was taken up the ladder on the left. Mr Palmer probably lived in a house to the left. The horse was replaced by the van in photo M1786.