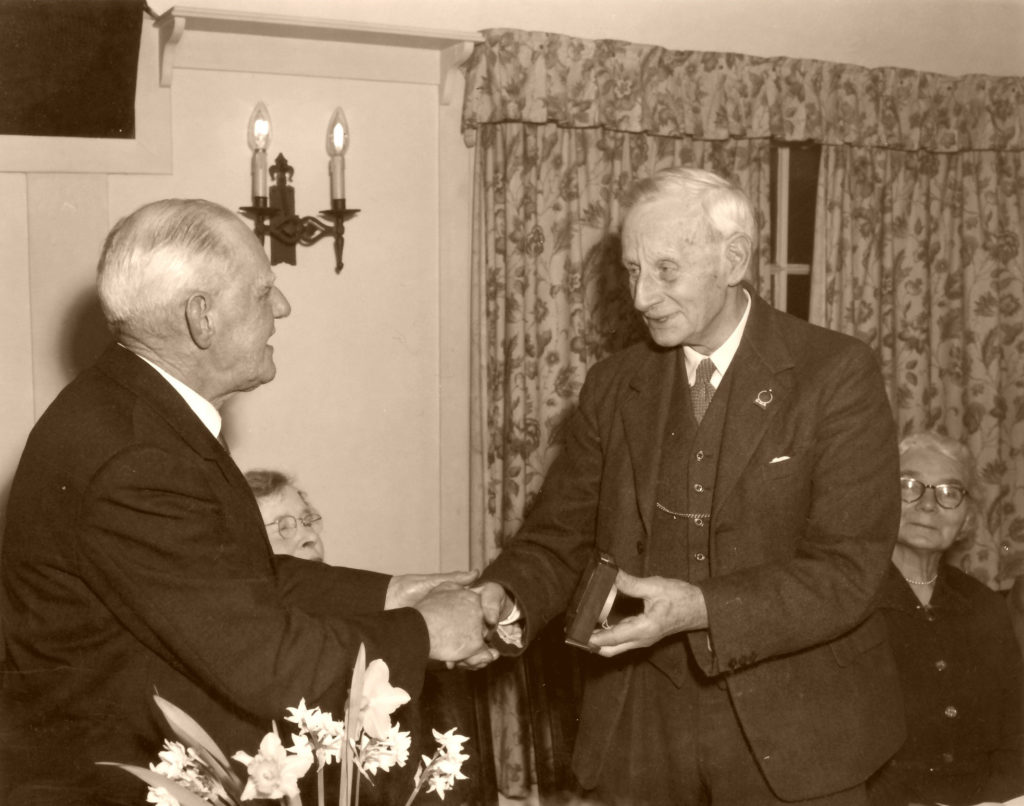 Presentation to Fred Hayward at the age of 87 at the Bowls Club. He died three months later. He’d been a founder member of the Bowls Club in 1904 and said he had occupied every post ‘from weedpuller to president’. was born in Hatfield Peverel and the family came to Witham when he was about ten. His father, Charles, a coachman, died soon afterwards and Fred started work in the 1880s at the stationers at the corner of Newland Street and Guithavon Street (later 70 Newland Street). Later he also had the studio at 34 Newland Street but seems to have stopped taking photos publicly in about 1920. In his youth he had been one of Witham’s main photographers. He lived at 55 Collingwood Road after 1910.