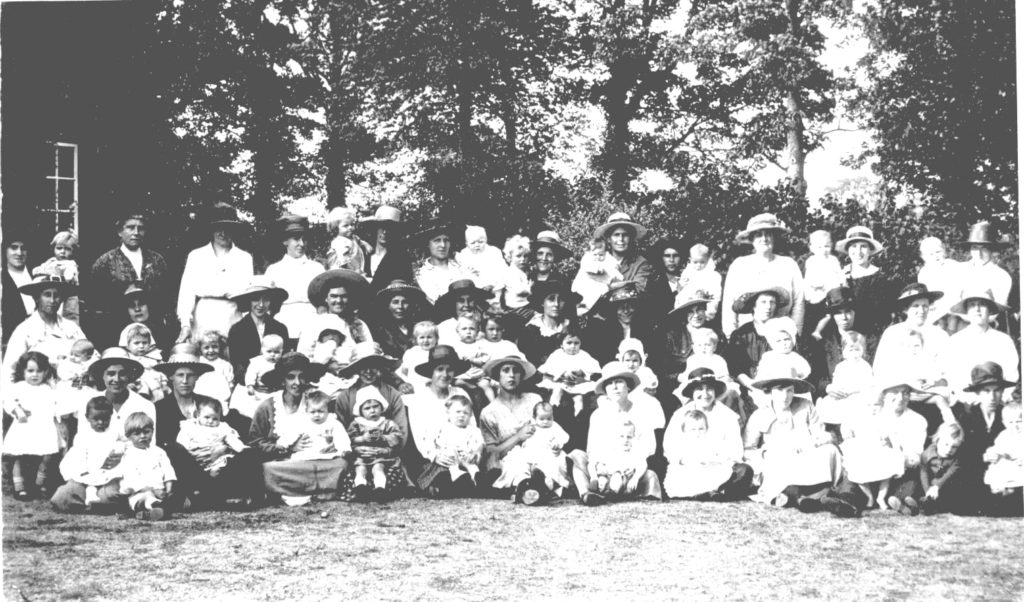 A group from the Baby’s Welfare clinic on an outing to Witham Lodge, Hatfield Road. Organisers on the back row include Miss Susannah Vaux and Mrs Margaret Amelia Mens (Millie Mens) (2nd and 3rd women from left), and Mrs Catherine M. Brown (3rd woman from right) (see oral history tape 185). On tape 86 Mrs Dorothy Ireland discussed this photo (M67) and thought that she herself was on it (4th from right on front row, though having seen other photos I think she could be extreme right of front row with the dark hat). She was with her daughter Renee, who was 52 in 1983, making the date of the photo about 1931 if correct. She thought Mrs Rushen was 6th from the right .She said this would be about all the only mothers in Witham (also see Essex Weekly News 22 August 1919 page 8 about a similar event at Witham Lodge but perhaps too early for this one).