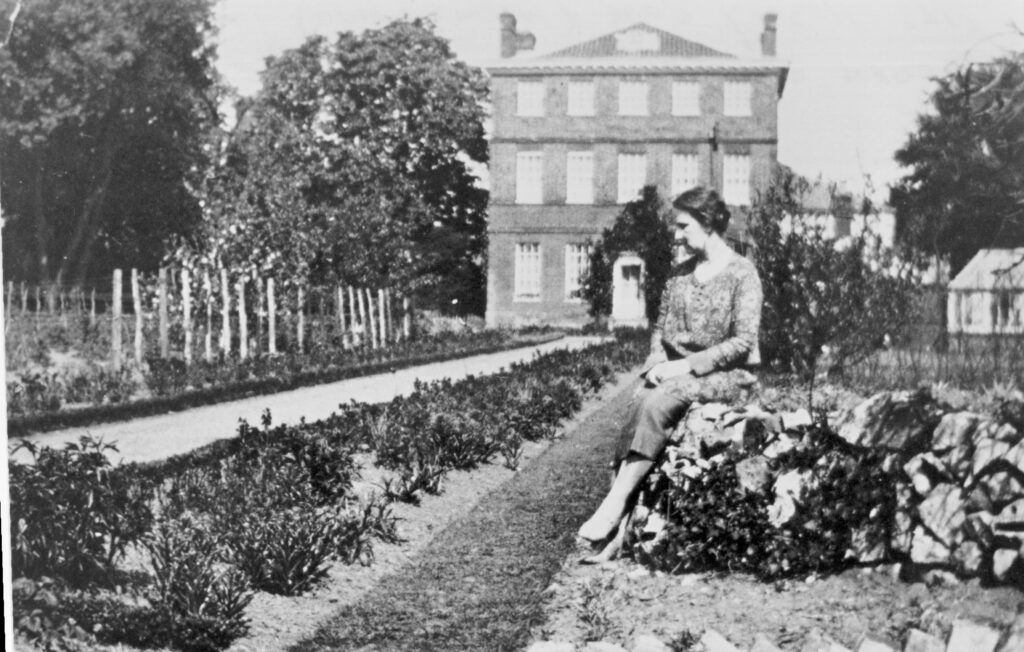 The back of High House (now Lian, a Chinese restaurant, part of 5 Newland Street). Taken before the top storey was removed. With the garden and Mrs Hedley Cook. She was the wife of Mr Hedley George Cook, who first appeared in directories as a butcher at number 5 Newland Street, in 1929.   They were parents of Harold Cook, who took over the business.   Roy Poulter worked there as a young man, from 1939-1941, for 10 shillings a week. He remembered there were pigs’ carcases in the cellar at High House (part of 5 Newland Street, now Lian, a Chinese Restaurant.).