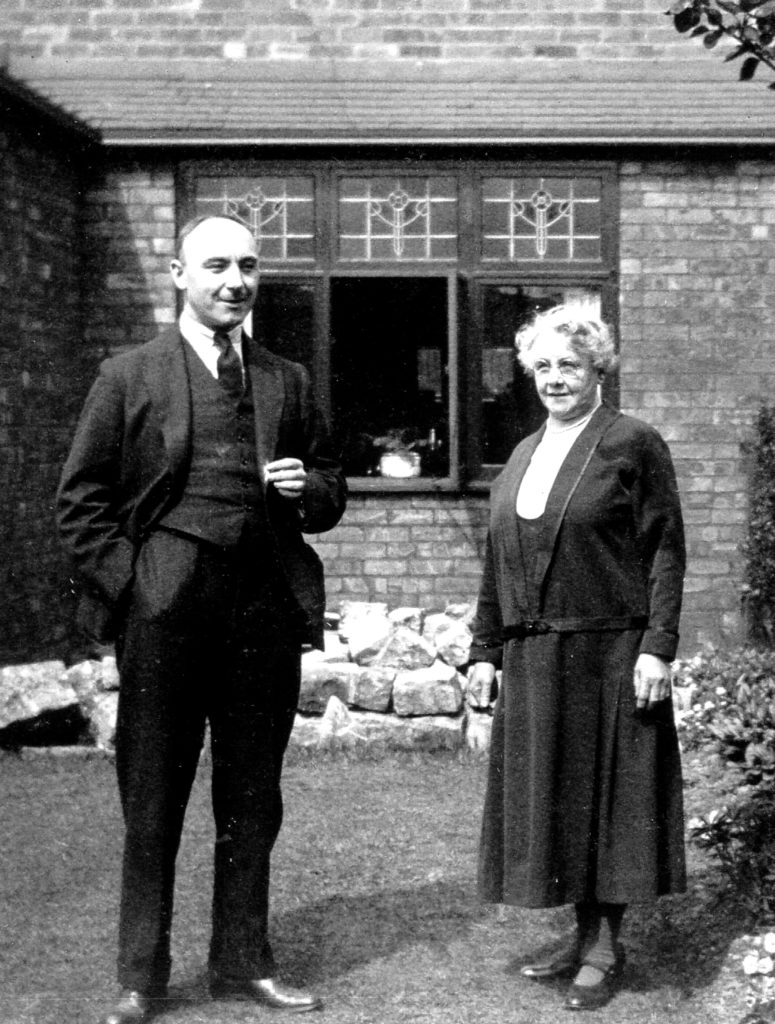 Back of semi-detached house with man and lady in garden. Perhaps the same lady as in M2164 and the same man as in M2166. David Webb who brought the pictures thought it was probably Guithavon Rise (built late 1920s), but in fact the houses there are different. Probably same place as in M2163, M2164 and M2166. Was in small snapshot album which has on the back ‘Butcher’s Studios, Witham. Same Day Service. Developing, Printing, Enlarging’ (George Butcher came mid-1920s).