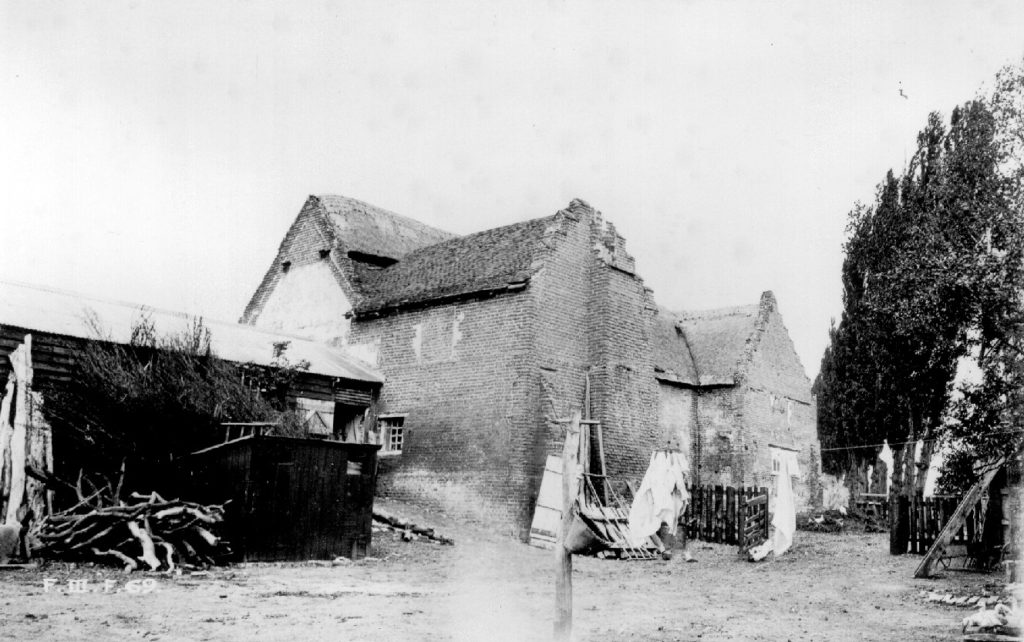 The Royal Commission surveyor wrote that ‘the barn forms the remains of what must have been a large house of 16th century date, with a central hall and side wings’.

This was originally part of the 16th century mansion of Witham Place, built and occupied by the Catholic Southcott family. In the 17th century Dame Katharine Barnardiston, a prominent Puritan, became their tenant.

In the 19th century the mansion fell into disuse, and this part was used as a barn. It is now incorporated into Spring Lodge Community Centre, Powershall End.

In 1914 it was noted by a surveyor that the building’s condition was ‘Bad; in danger of falling to pieces’. He was working on the national survey being conducted by the Royal Commission on Historic Monuments.

There’s scope for more research on the layout using old Ordnance Survey maps, this Royal Commission plan, the tithe map, ERO Sale catalogue, B769, and other photos etc that can be found in a search for Spring Lodge. Dame Katharine Barnardiston’s will, although voluminous, doesn’t have enough to help – the only rooms that she mentions are “the Cheese Chamber” and “the White Chamber”.

Note that crow-stepped gables, such as the ones shown here, are less common in England than they are in Scotland and in some north European countries.

The original RCHM Record Card for this building from 1914, contains rather more about its structure and history. It was Witham Monument 53. I think the cards may now be held by Historic England in Swindon.