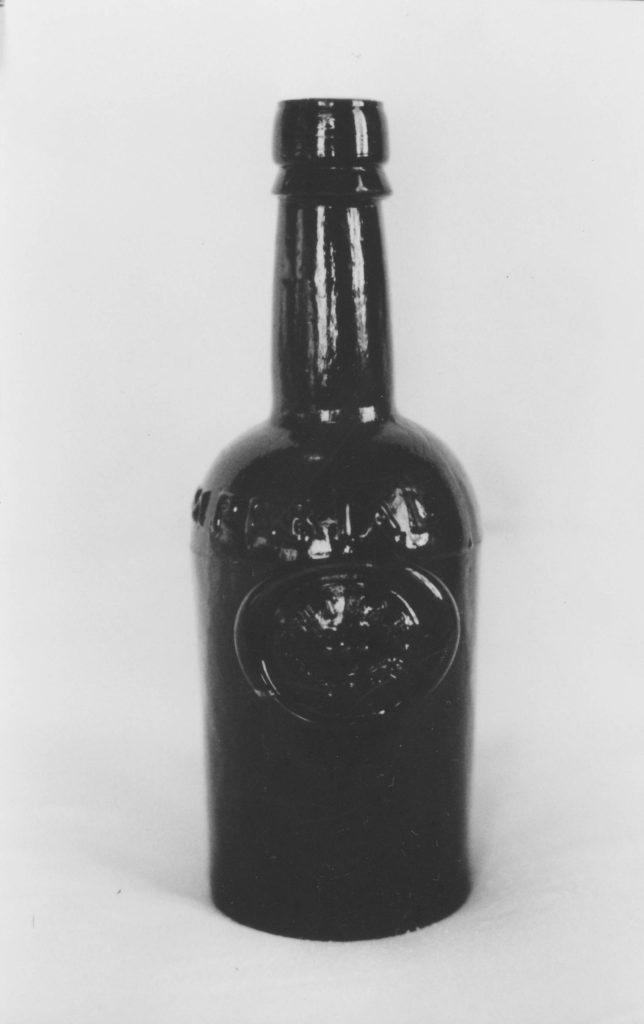 Black glass bottle inscribed ‘Witham Union’, copied from a colour photo owned by Martyn Drake. He formerly owned the bottle, having found it in the river Brain at the bottom of Newland Street. The Witham Poor Law Union built the Union workhouse in 1838 in Hatfield Road. The inmates were moved to Braintree in about 1880 and the building, the Bridge home, has since been put to various institutional uses.