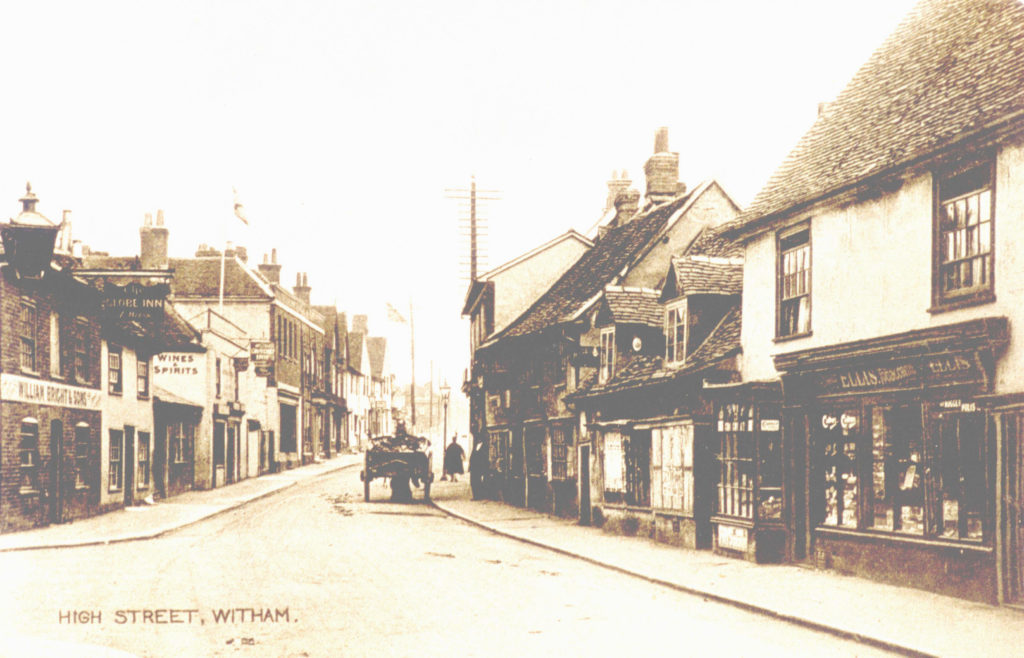 The lower end of Newland Street, looking up, with the entrance to Mill Lane at bottom left.

M1381 is a rather similar photo, slightly further up the street.