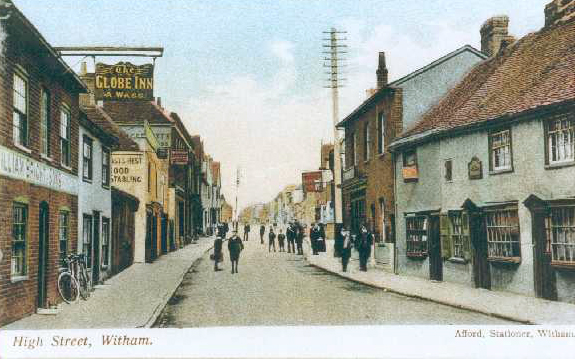 The bottom of Newland Street looking up.

The date on the postmark is illegible. Addressed to Miss O Fowler, Oakland House, Endcliffe Vale, Sheffield. Message reads ‘This is a picture of the great town of Witham, it is really a pretty street. Why haven’t you written to me. You would get a letter in reply. W L F.’