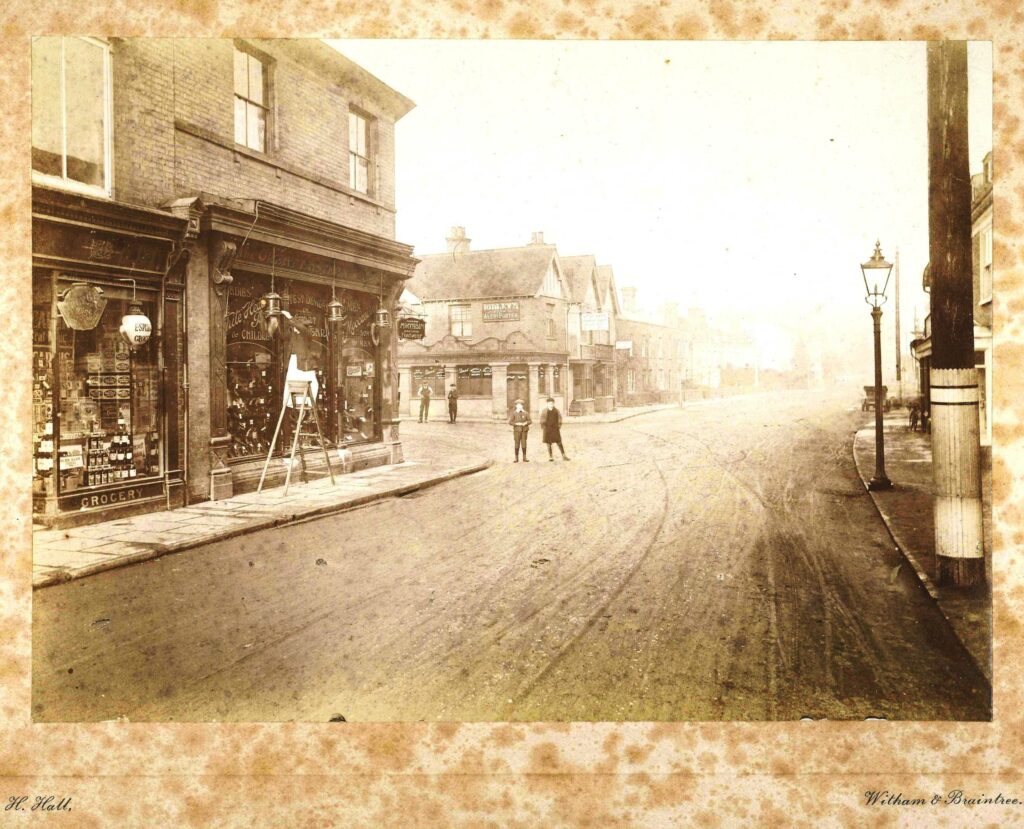 Buildings at the corner of Newland Street and Collingwood Road. Boys in the road.   On the left, 42 Newland Street, Spurge’s grocers’ and wine spirits’ shop with notices. Mr Spurge sold groceries from about 1890 to 1922 – possibly sometimes in other premises. In the 1920s he became better known for his draper’s shop.
Next to left, 40 Newland Street, a shoe shop advertising Moccasins for men, The shop fascia seems to have “Great Eastern …..” which I don’t understand. A man on steps cleaning a lamp.
In the centre, the George P.H. The publican is given on the fascia as Fred W Filbey. He was at the George only from about 1906 to 1912. See Interviews 17 and 20 with his daughter Frances.