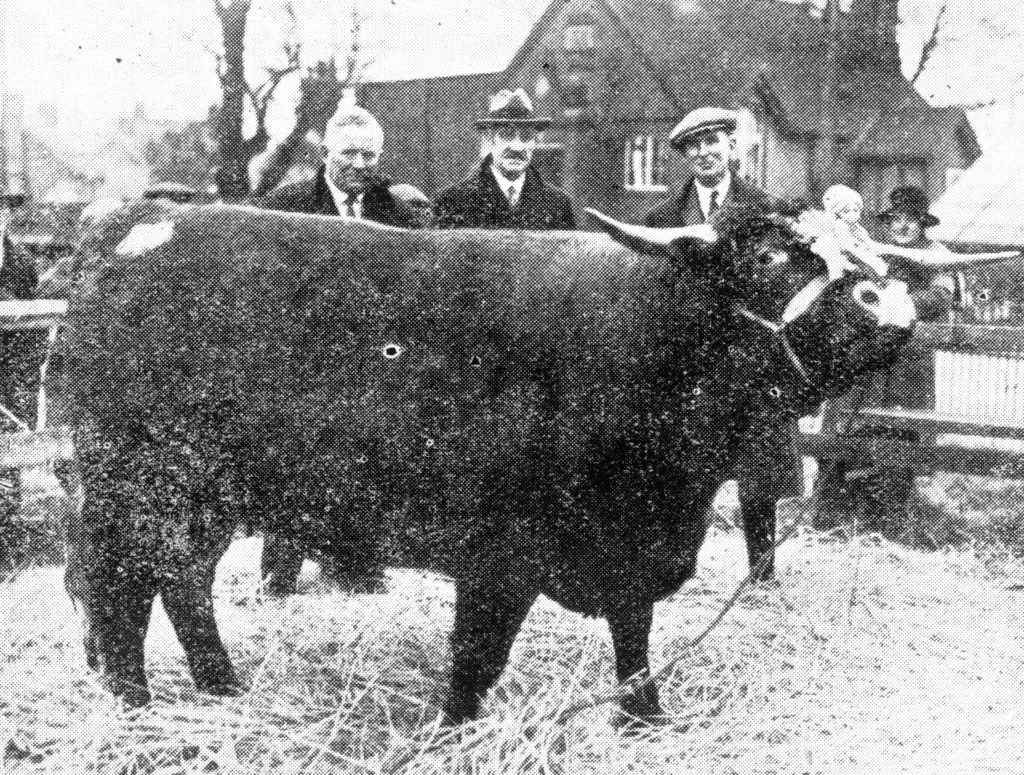 Bull at Witham cattle market, where cattle were being sold for Christmas. Now site of Labour Hall (69 Collingwood Road). Caption from ‘Braintree and Witham Times’ is ‘The Devon Steer which realised £60 at Witham. Left to right: Messrs C A Upton, and E Allen (judges) and Mr B Golding (owner)’. The story, about several markets, is headed ‘Xmas fare’. Says there were ‘splendid entries. Large attendance good prices’. ‘At Witham … Mr F H Fuller paid £60 for a Devon Steer sent by a Tolleshunt D’Arcy breeder. The latter animal, the property of Mr Basil Golding, was under two years old. It weighed 11¾ cwt and the price worked out at £5 2s per cwt. Mr Golding was again the winner of the silver challenge cup given by the Butchers’ Association, and this time retains the trophy, having secured it thrice in succession’. Frederick H Fuller’s butcher’s shop was at 8 Church Street.