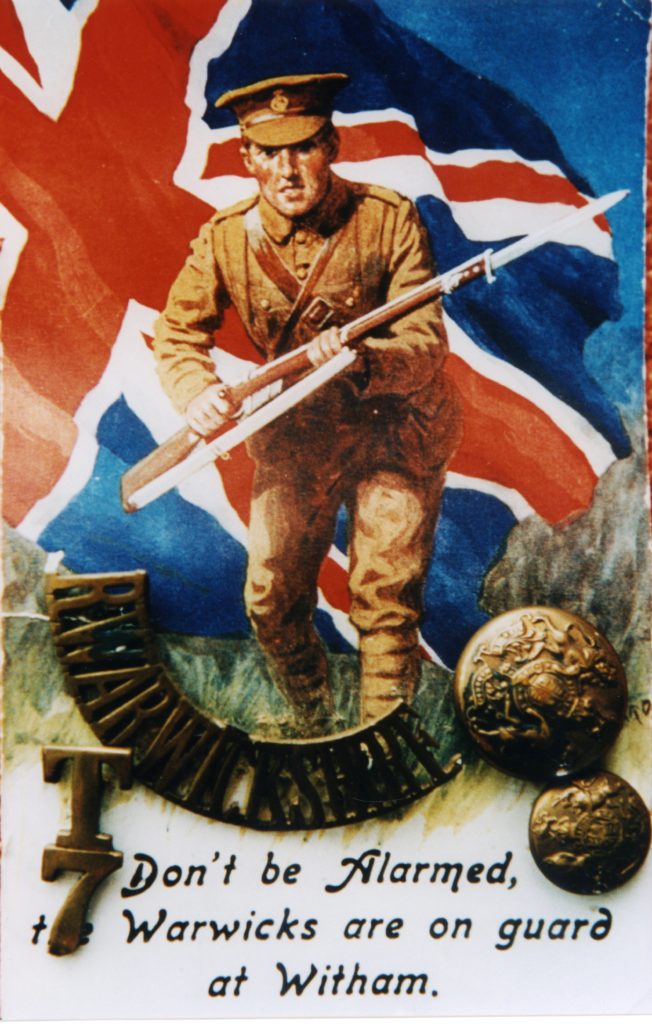 Postcard given to Amos Shelley of Maldon Road by Private W.T.White, a soldier billeted with the Shelleys during the First World War. He was killed in action on the Somme in 1916. The tunic buttons and shoulder title are real, and pinned to the card. One says ‘R.Warwickshire’ and another ‘T7’ and there are two with coats of arms on them. The caption is ‘Don’t be Alarmed, the Warwicks are on guard at Witham’. This was a ‘generic’ postcard according to Ian Hook, Essex Regiment Museum.