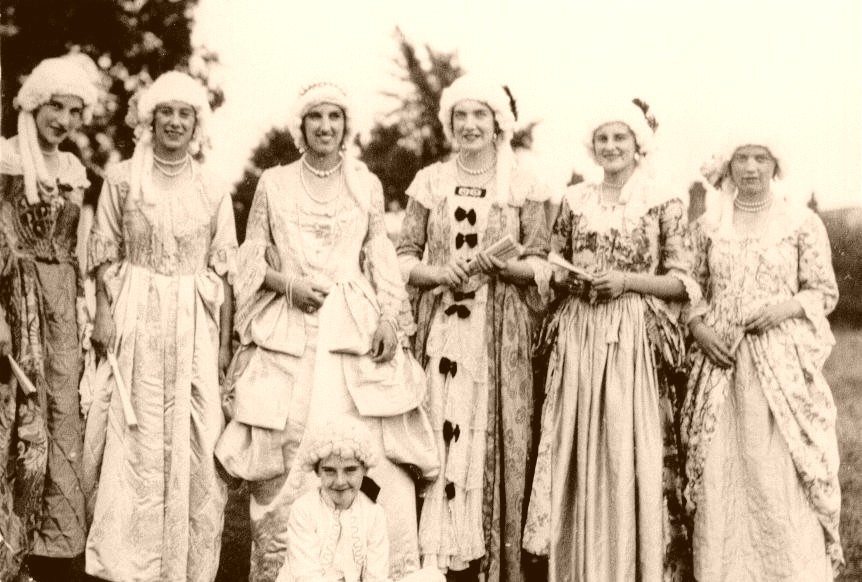 The Carnival Queen and her attendants at the 1931 Carnival.

The child in front is probably Austin Beardwell or Michael Lewis.

Probably taken in the Maldon Road Recreation Ground (the Park).

See also photo M546.
There is a full report of the Carnival as a whole in the Braintree and Witham Times, 27 August 1931.