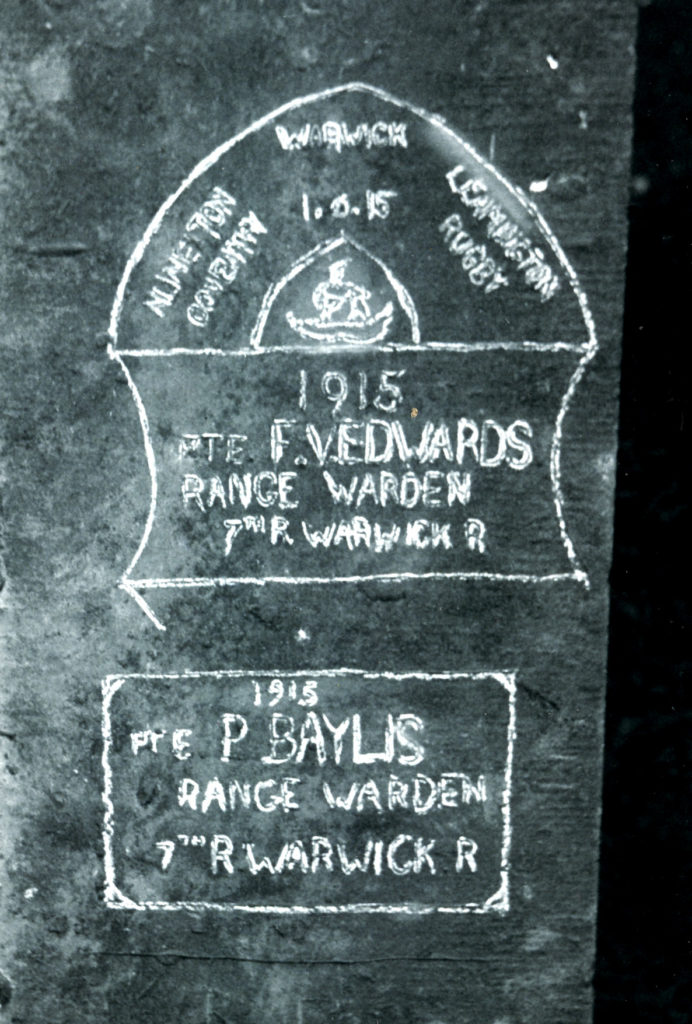 The inscription on the southern parapet of Chipping Hill bridge. Carved by a First World War soldier in 1915.

The Range Wardens would be looking after the shooting ranges, which were located out along this road and then towards Faulkbourne.

As a 7-year old boy, Walter Peirce sat astride the parapet and watched. The soldier who did the carving took off his cap and put it on the parapet so he could copy the regimental badge. The carving was done with a jack knife.

In later life, Mr Peirce commented on the particular skill of the carving, and said that it was done by one of the men who must have been a stonemason (see Interviews, tape 93, side 3).