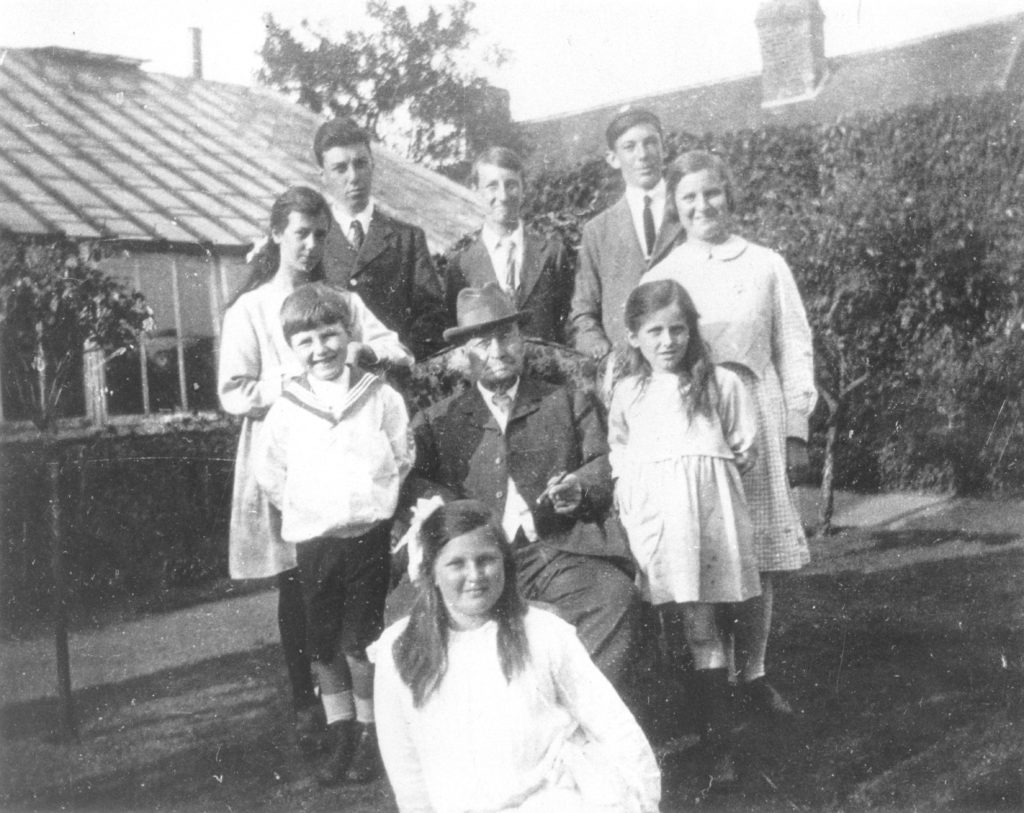 Charles Brown and his grandchildren in garden at house of the maltings, Maltings Lane. He was the maltster there; he also owned a shop in Witham, the brewery in Hatfield Peverel and farmed Wood End farm north of Hatfield to Witham road. Back row of five, left to right, are Linda, Cecil, Kenneth, Leslie, Marjorie (later Mrs Coleman). Middle row of three, John, Mr Charles Brown, Kathleen. In front, Catherine. Cecil, Kenneth and John were sons of Arthur Brown, Marjorie and Catherine were daughters of Percy Brown, and Kathleen, Linda and Leslie were children of Ernest Brown.