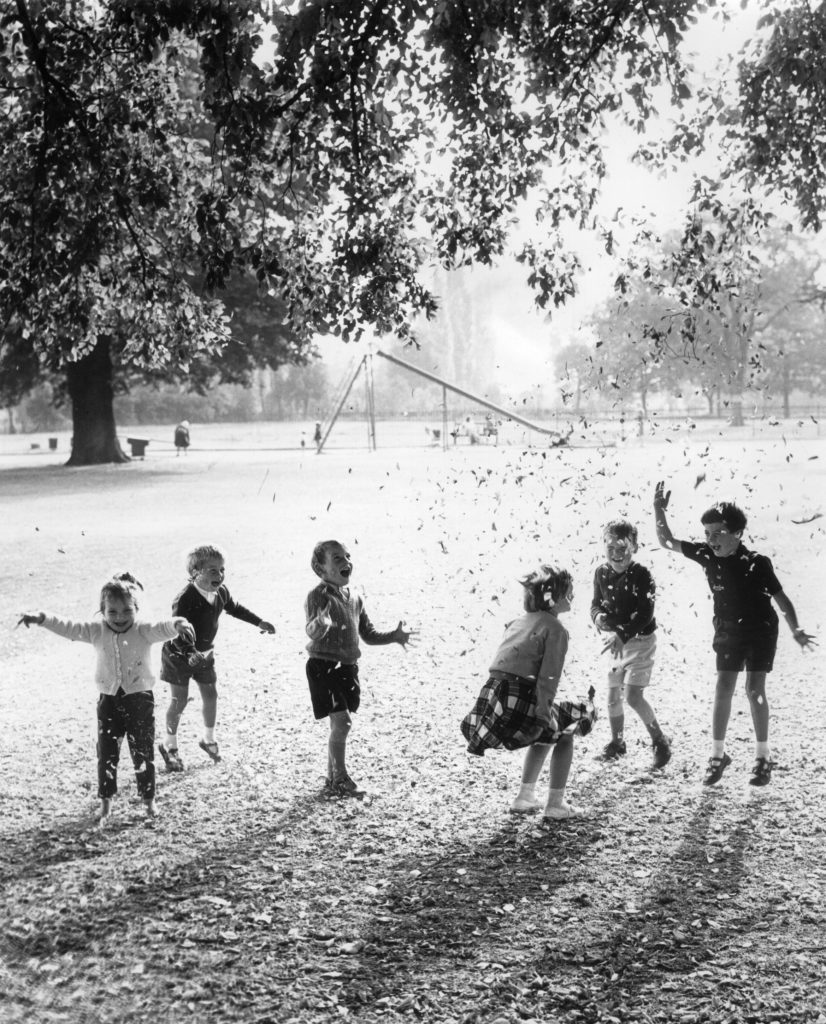 Children playing with autumn leaves in the Park (Recreation Ground). This photo was printed on the front page of ‘the Sun’ on the day of the General Election under the heading ‘In one picture – why you should use your vote today’. It was widely credited with helping Harold Wilson and the Labour Party to victory. The children include; on far left Glenda Harrison (later Mrs Curtin?); third from left her brother Mark Harrison, and second from right their brother Ian Harrison. Glenda (of 35 Laurence Avenue) told me in 2005 that her mother recalled the picture being taken and that it wasn’t posed, the children were already throwing the leaves up and Dennis just took the photo.