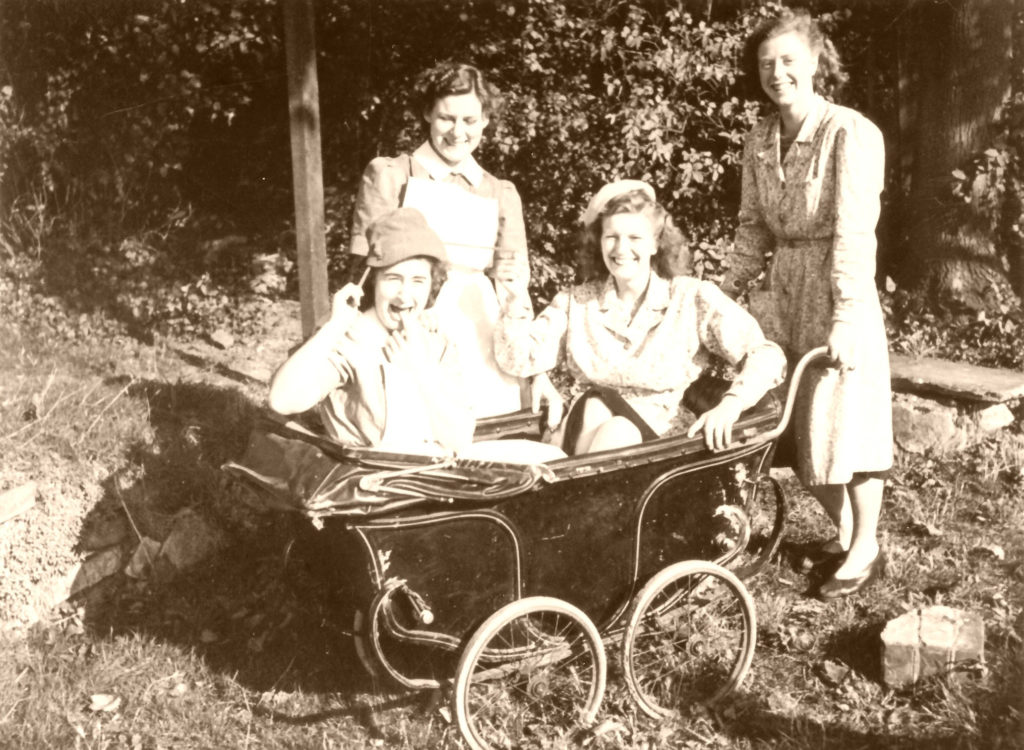 Children’s day nursery at Brookcote, Chipping Hill, women with pram. Left to right, Vera French, Rome King (later Mrs Tyler, standing), Mollie Butler (later Mrs Pennell), Lettie Upson (later Mrs Dallard). The nursery opened during the Second World War for children of working mothers, and continued for some time afterwards. Handwritten on back ‘A day in the life of a Nursery Nurse. Example of what we do when Matron’s away for day; All my love to you always. Lettie’.