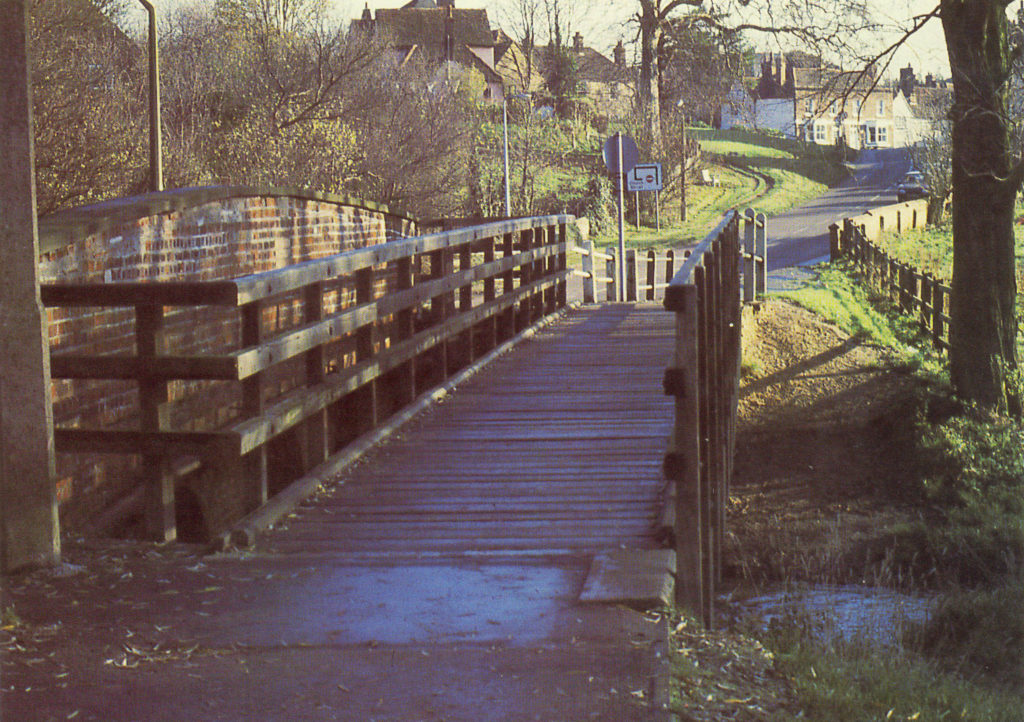 Chipping Hill bridge from the east, with the green in the background. Part of the original brick bridge is on the left. A 20th century wooden footbridge is the centre.