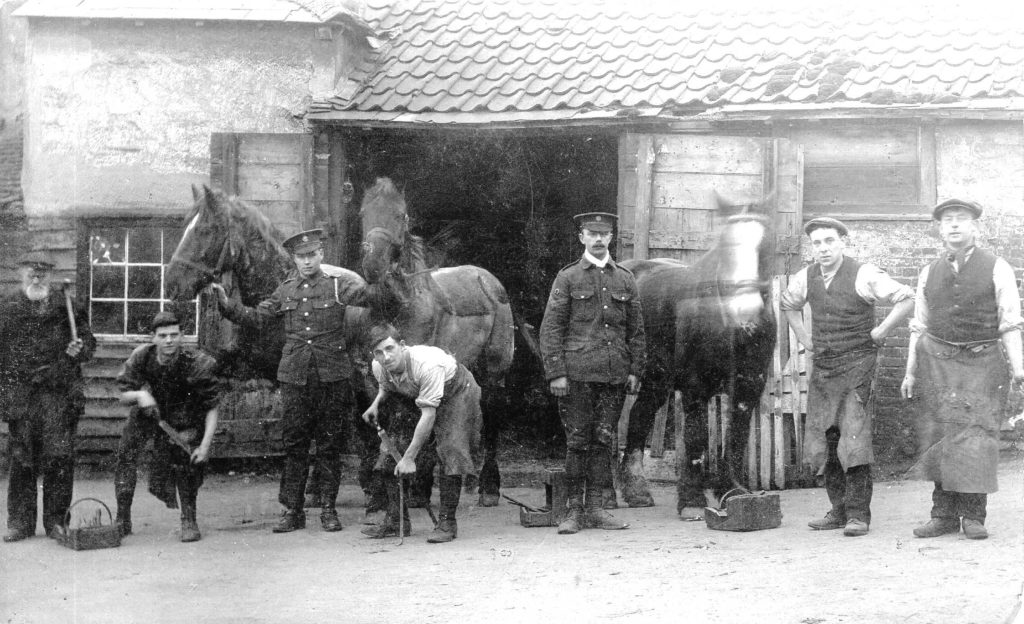 The forge at 18 Chipping Hill. Horses being shod, and First World War soldiers holding them. On right is Mr Ince of Braintree. The blacksmiths at that time were Whitley Daniel Quy and his son Jasper Frank Quy. Ian Hook of Essex Regiment Museum says in an email: ‘Your men are Army Service Corps Territorials, as witnessed by the Star shaped badge, the Imperial Service Badge (therefore pre-c.January 1916) on one of the men’s breast, the T over ASC over ????? shoulder titles on the shoulder straps and what looks like a 5 year efficiency star on one cuff. I would suggest that it is probably the first year of the war’. The ASC did amongst other things the Army’s Horse and Mechanical Transport.