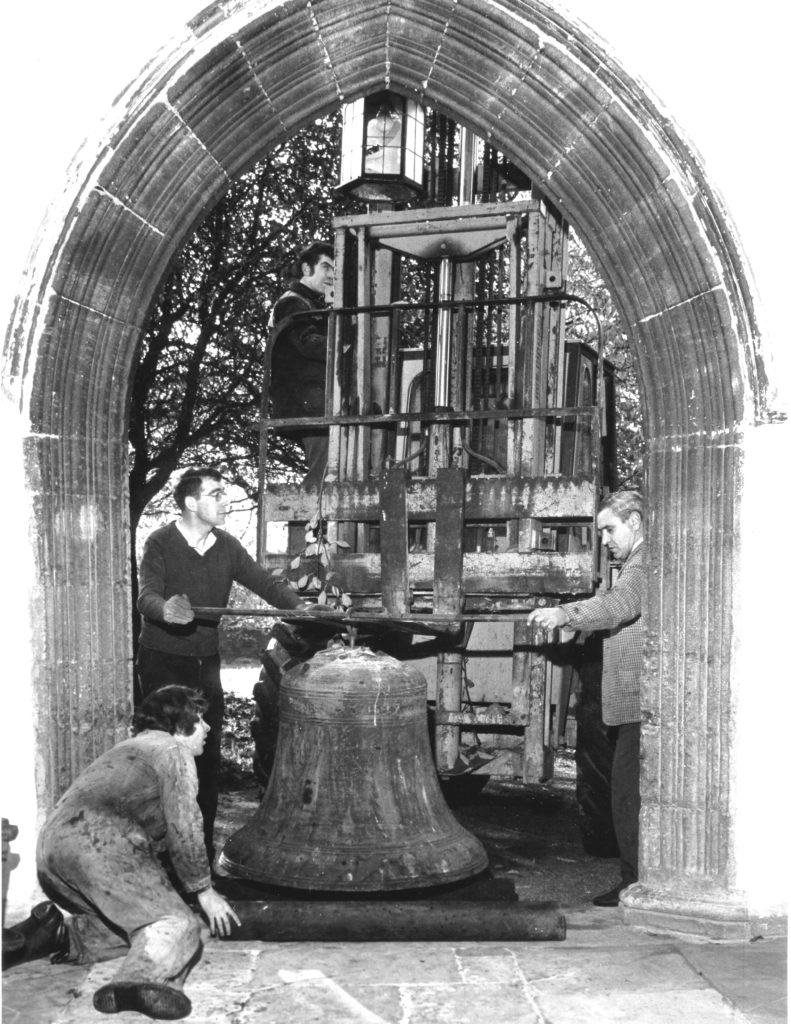 One of the bells of the parish church, being put ononto a fork lift truck outside the south porch of the church. The date 1627 is visible, so it will be the 7th bell, with the inscription ‘Miles Graye made me 1627’. The bells were being lowered from the tower and taken away for restoration by Taylor’s bell foundry at Loughborough. They were brought back in late 1976. Standing on the left is Peter Chapman of Chelmer Road, a Witham bell ringer, and on the right probably a man Wimpy’s, who lent the equipment. On the floor is Ted Flutters from Taylor’s foundry, who is rolling the bell onto the prongs of the fork lift truck; there’s a steel rod through the eye on the bell. To get them down, the bells had to be lowered through a trapdoor (since removed) that was then in the old bell chamber floor. The tenor (largest) bell was too big to go through, so Peter Chapman had to stand on the top to tip it over at an angle while the bell hanger lowered it down. Peter, who gave some of this information, says it was a ‘wonderful experience’. See also M2355.