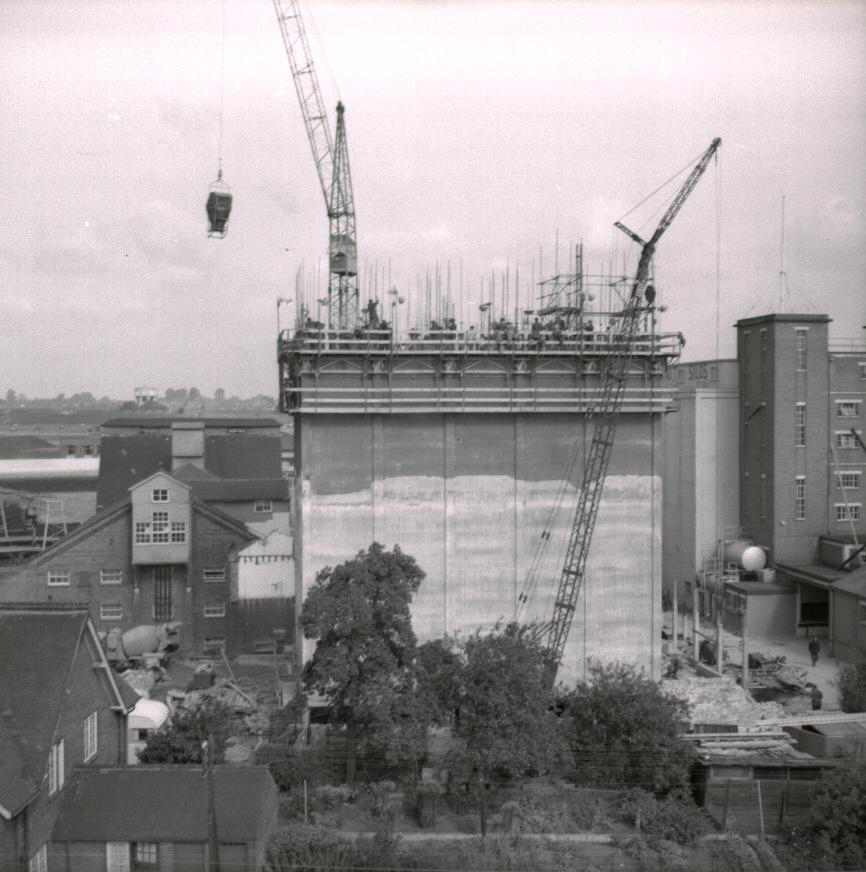 ‘11.15 a.m. Tues’. View during construction of new Hugh Baird’s malting building in Station Road. This went on day and night (with floodlights at night) for several days. Very spectacular Dozens of men working there. It was supposed to be done without stopping so concrete didn’t dry. But they had to stop in the middle because a hole appeared, and this pic shows the dry concrete at the bottom and the wet at the top after the second stage got going. The shuttering moved up mechanically. Very similar view point to M882 and both have one of Baird’s old buildings on extreme left. For later view, with the old one demolished, see M896. Taken looking north from Cooper Taber prizewinning glass buildings built in 1956, possibly from long warehouse where could get onto outside ledge. Cooper Taber was a seed company in Station Road. See also M880-M885, and M946. The copy in the album was made from a copy neg taken from a print. The scanned version on the computer was made from the original negative; this latter may be the clearer version but has not been printed out.