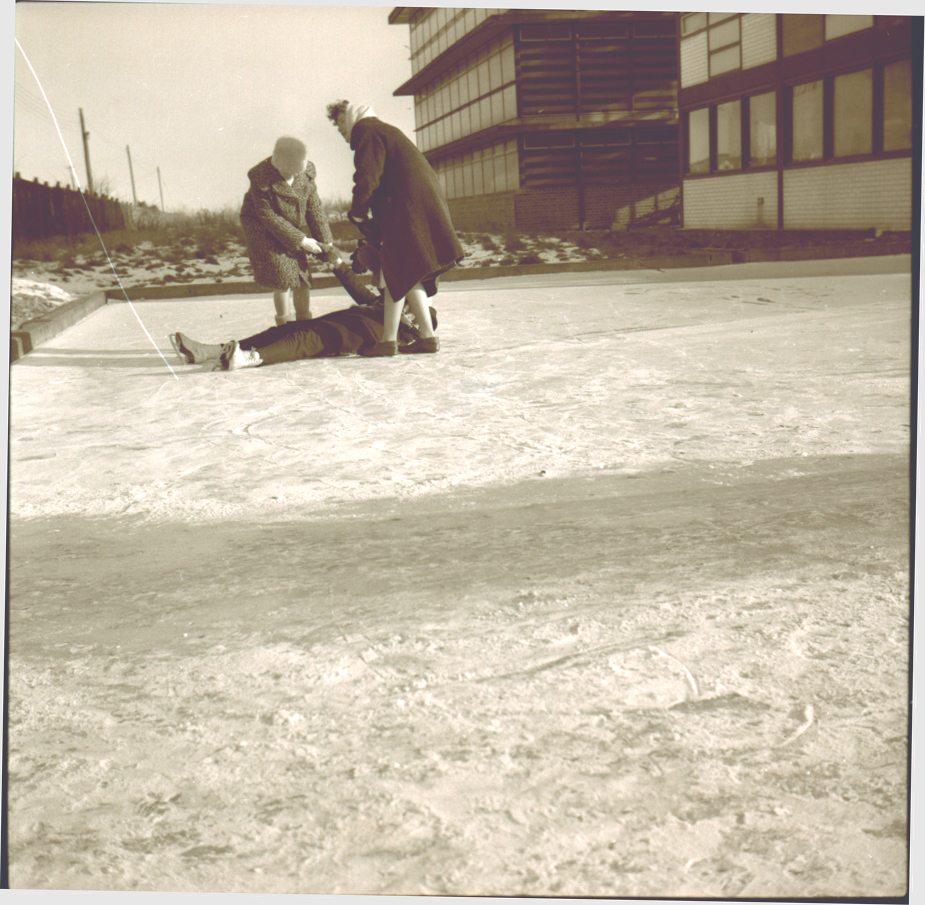 Cooper Taber prizewinning building built in 1956 (the square part). Cooper Taber was a seed company in Station Road. Sliding on ice on the static water tank adjoining the square building. Jenny Brown, Canadian girl with skates being picked up (the rest didn’t have skates). She was a Canadian girl who was a seed analyst. She lived in Takeley, and in about 1967 married David Alderton who worked in the Cooper Taber office. The copy in the album was made from a copy neg taken from a print. The scanned version on the computer was made from the original negative; this latter may be the clearer version but has not been printed out.