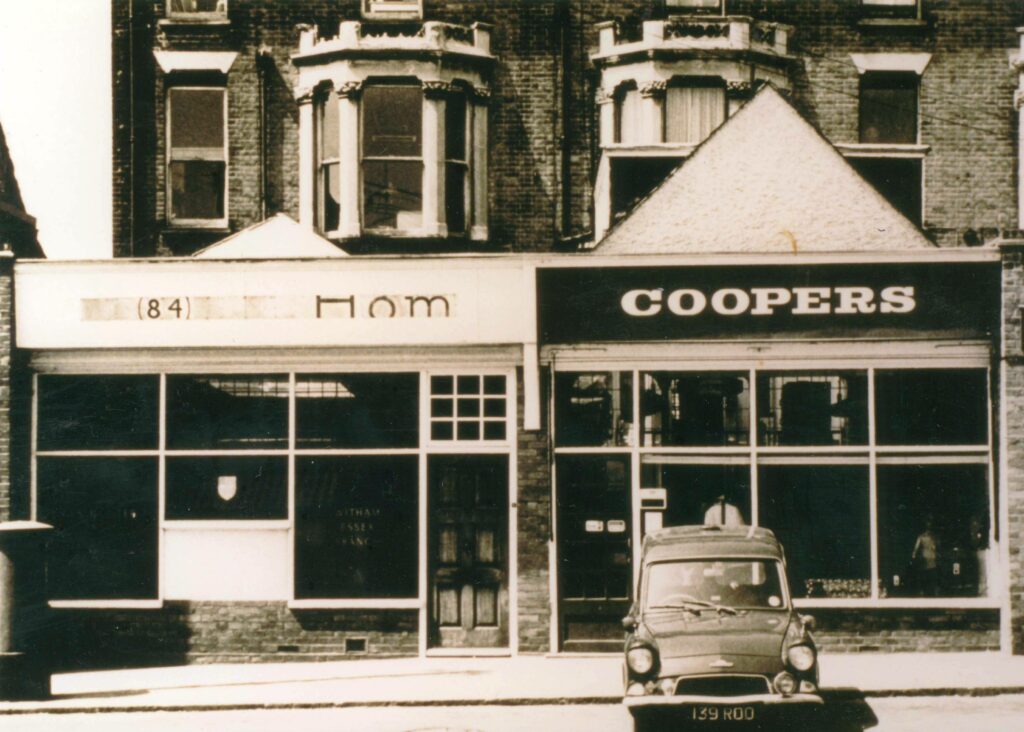 On the left, 84 Newland Street, probably empty but previously National Westminster Bank (says ‘Witham Essex Branch” on sign), which moved to the other side of the road about 1967. On the right, 82 Newland Street (Coopers, haberdashery etc., which shortly afterwards took over 84 as well – see M2971). Part of Medina Villas behind.