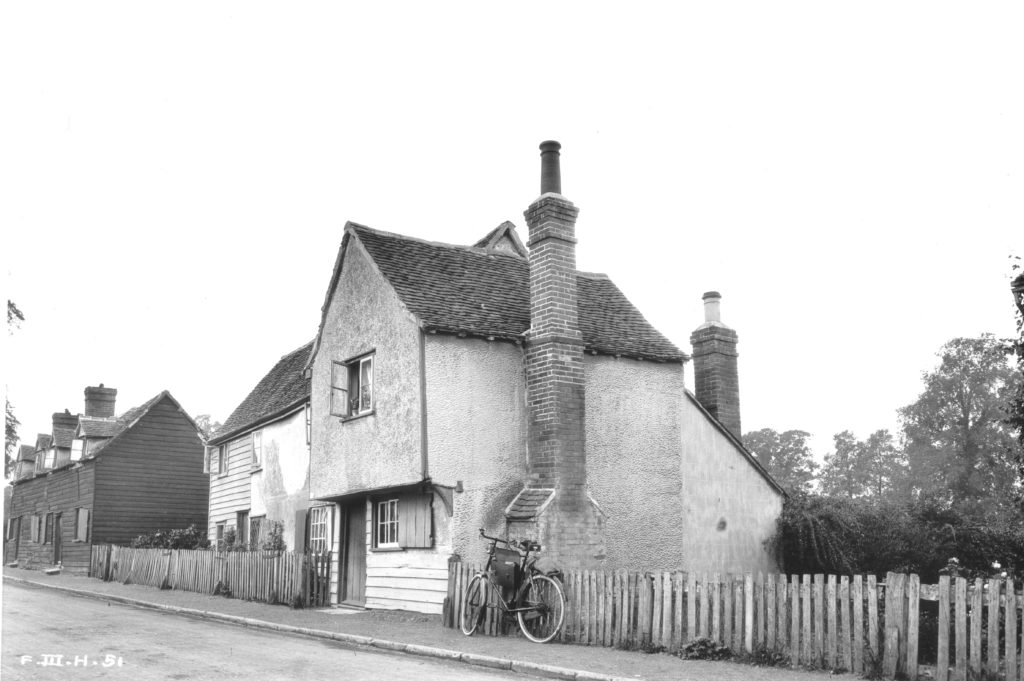 G E Chambers’ from the RCHM’s bicycle in front. He thought they could have been a 15th century house with later extensions behind and on the left. They were demolished in 1938 as the Urban District Council’s ‘Powershall End Clearance (No 1) area’.

The original RCHM Record Card for these buildings from 1914, contains rather more about their structure and history. They were Witham Monument 52. I think the cards may now be held by Historic England in Swindon.

On the extreme left, with dark weatherboarding, not part of the survey, are cottages formerly standing on the site now “Well Cottage”, 51 Powershall End (tithe map plot 658, demolished before the first street numbering came in c 1920).

This is where the families of William Hawkes and of two others were living at the time of the tithe map in 1839, and in 1841 (census). His son David joined the Rifle Brigade in 1840 and was later awarded the Victoria Cross in the Indian Mutiny.