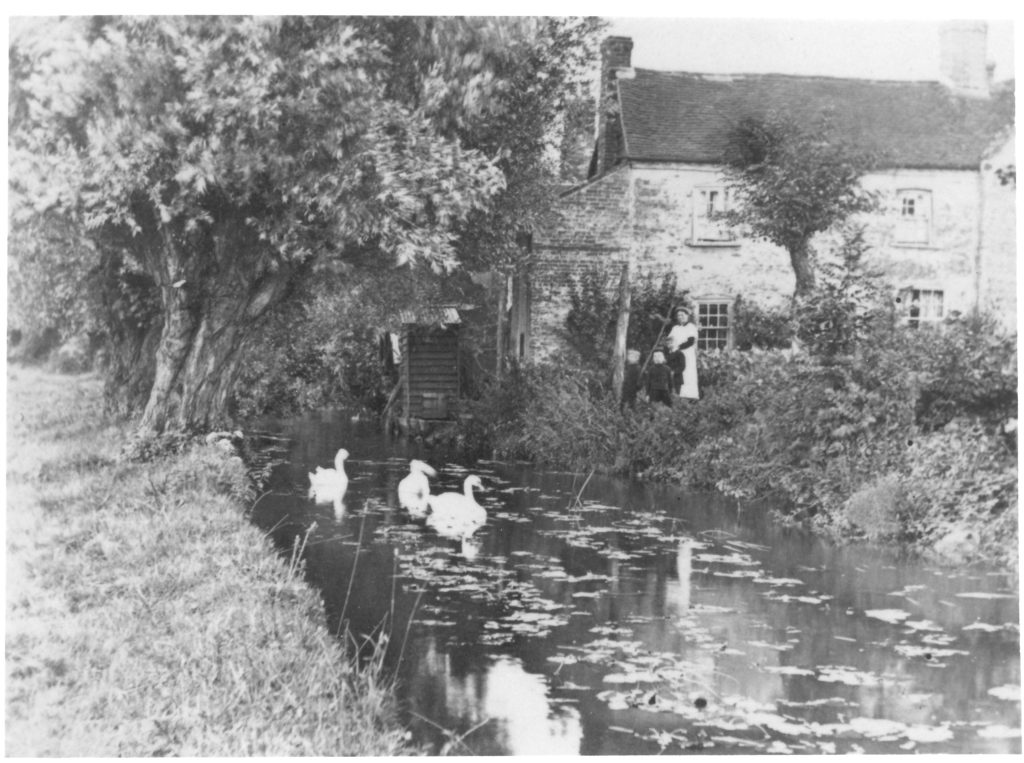 Cottages in Guithavon Valley with river. See BWT 1933 16 March 1933 for account of swans in the river. There had been one called Bill there for over 20 years and he had raised several families but his mate had been killed about 1925 and attempts to introduce new ones to him had failed and they had died. The lady may be Mrs Razey.