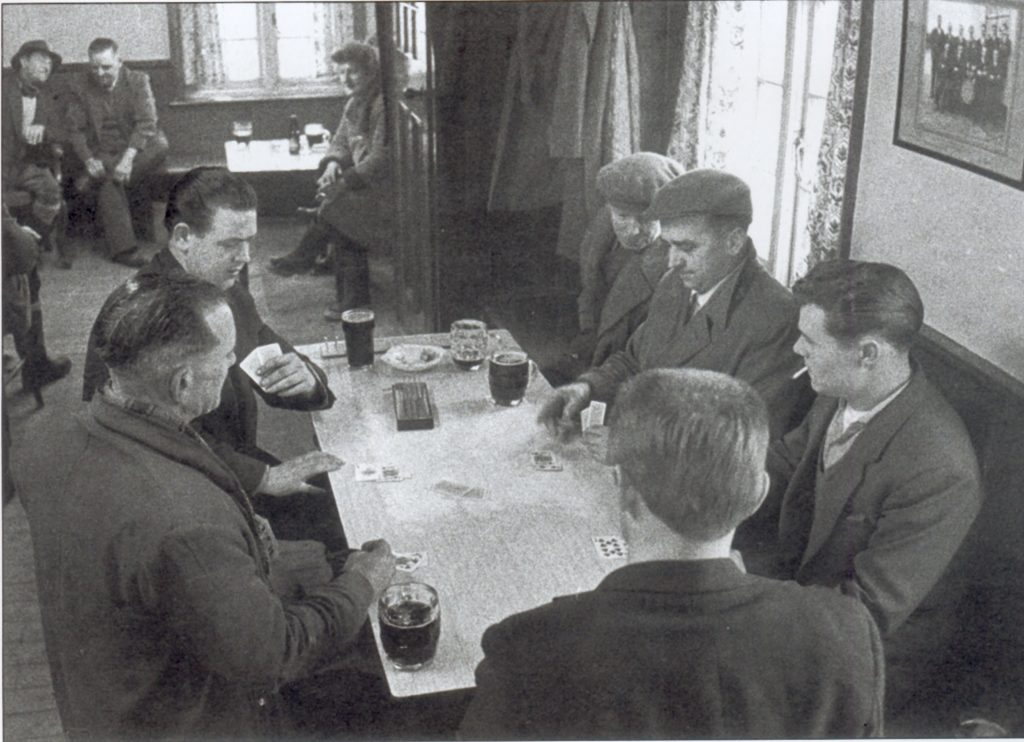 Crittall workers playing cards at the Cherry Tree public house, Cressing Road. They were probably on a four-day week during the “Big Freeze” of 1963. This caused a recession in the building trade, and so also in the manufacture of windows.