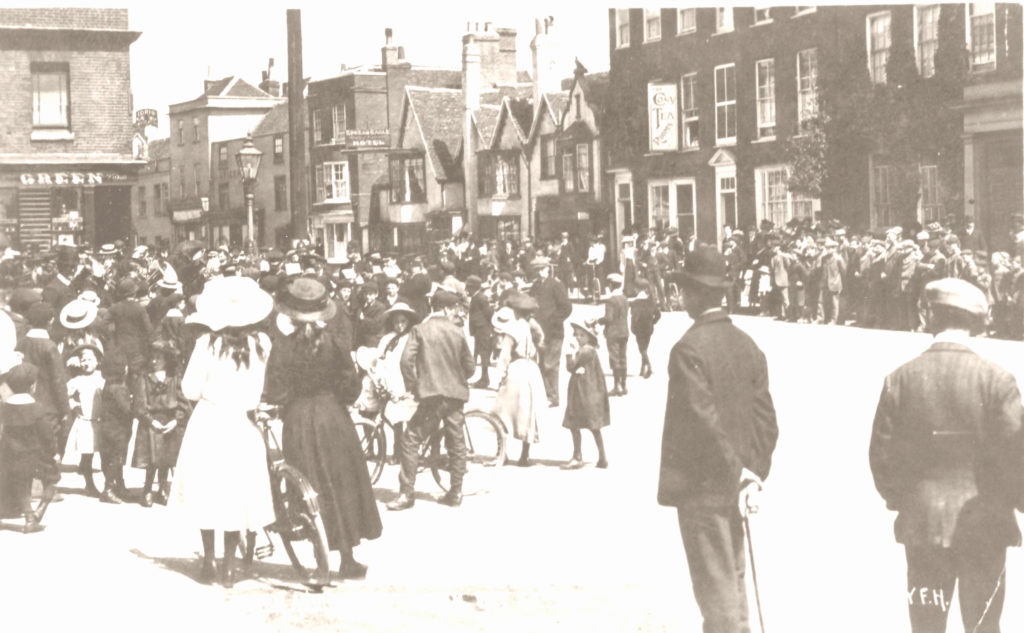 The crowd in Witham on the day of the funeral of King Edward VII, 20th May 1910. The photo includes the Town Band playing “the Dead March and hymns”.

It was a day of double mourning, because Admiral Sir William Luard of Witham Lodge had died the previous day after an accident. There’s a large crowd of people.

There is a long report of the day in the Essex County Chronicle, for 27 May 1910, including details of the Church Services held on the day.