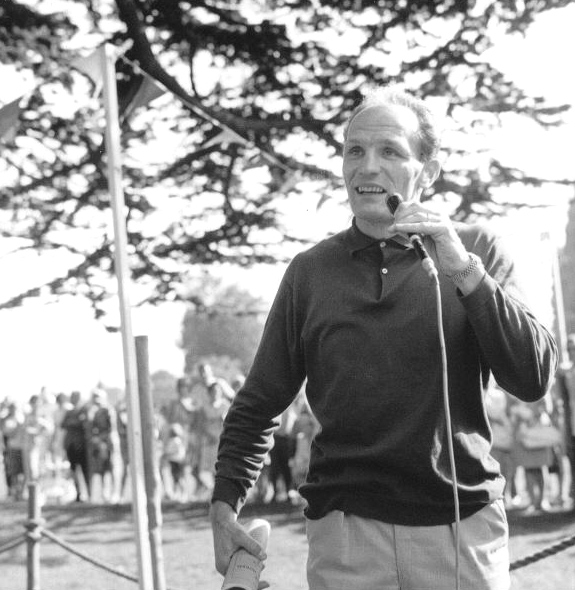 Second Donkey Derby organised by the Round Table in the Park (recreation ground), Maldon Road. Proceeds to a mini-bus for Witham Old People’s Welfare Association. About three thousand people attended and the profit exceeded £500. Henry Cooper (British heavyweight boxing champion) was the visiting celebrity. Here he acts as a commentator for one of the races. He also took part in a race in donkey carts (sulkys) with Round Table chairman Peter Beck. Henry won and returned the prize bottle of champagne for auction.