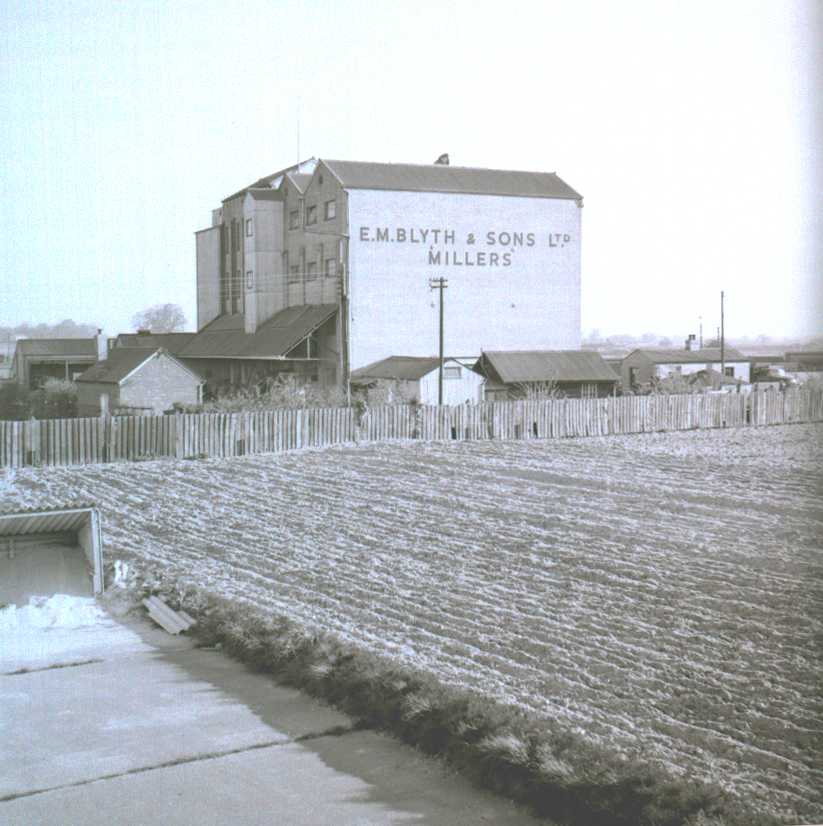 E.M.Blyth’s, flour mill near station, in Station Road to east of Baird’s maltings. Now demolished and replaced by new Baird’s buildings. Cooper Taber seed trial grounds in front (later site of new long buildings for Hurst’s). Road to railway goods station and yard behind fence. Taken looking north from Cooper Taber prizewinning glass buildings built in 1956, possibly from long warehouse where could get onto outside ledge. Cooper Taber was a seed company in Station Road. See also M880, M882-M886 and M946. The copy in the album was made from a copy neg taken from a print. The scanned version on the computer was made from the original negative; this latter may be the clearer version but has not been printed out.