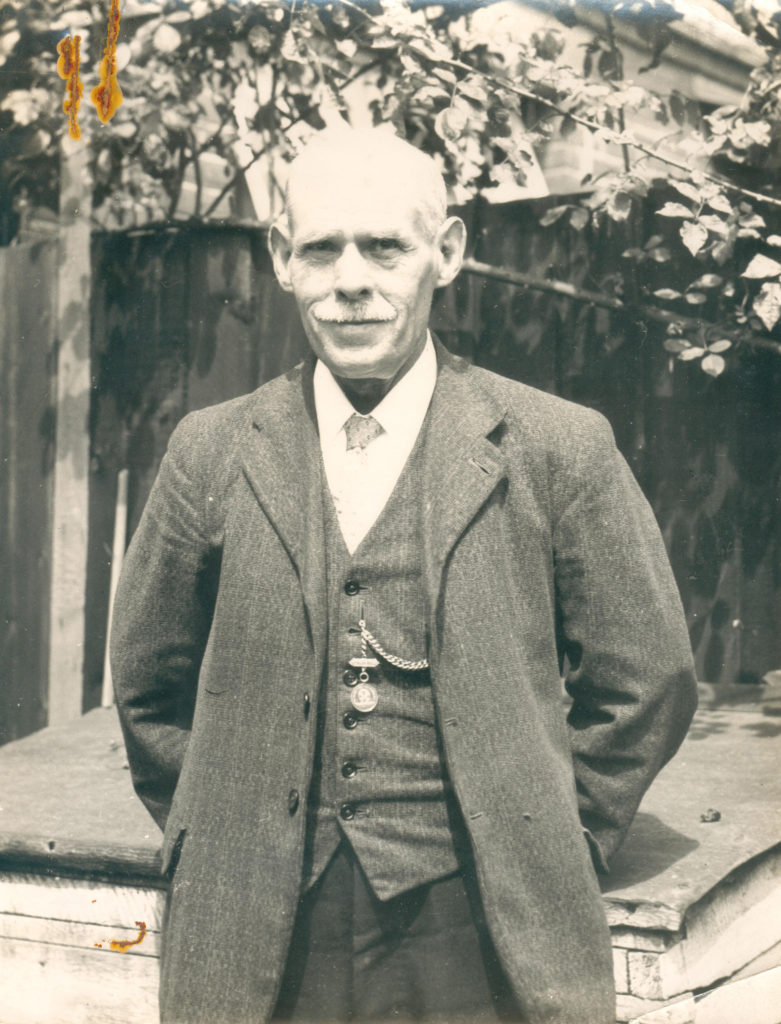 Ebenezer Smith, railwayman, councillor and magistrate, just before his retirement in 1936. He had worked on the railway for 47 years. He came to Witham as a signalman in 1900, and was especially praised for his First Aid and ambulance work.

In Witham he was a member of many public organisations, and as a Labour member of Witham Urban District Council, he specialised in promoting the new programme of Council Housing. Ebenezer Close was named after him as a result.

More details are posted under the heading “Ebenezer Smith” in the People category.