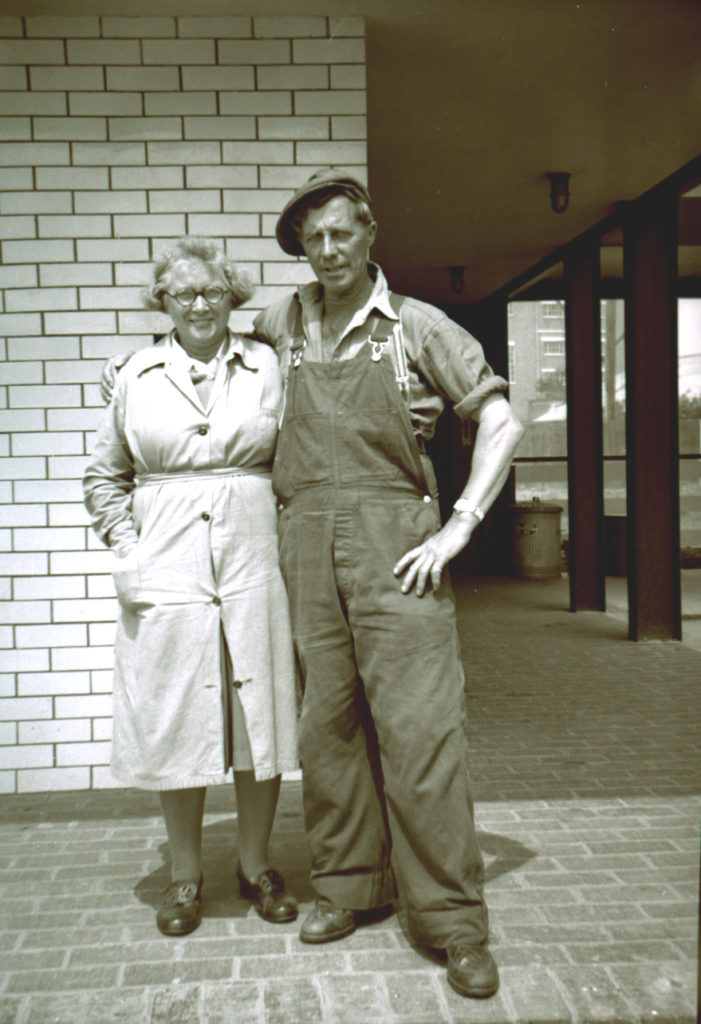 Emily Chaplin and George Pease at Cooper Taber prizewinning glass buildings built in 1956. Cooper Taber was a seed company in Station Road. Emily Chaplin worked there for years, and her husband also. She lived in Laurence Avenue in the end. George Pease lived in Southcott Road; he fell in the water once when he arrived first for work (known as the ‘static water tank’). The copy in the album was made from a copy neg taken from a print. The scanned version on the computer was made from the original negative; this latter may be the clearer version but has not been printed out.