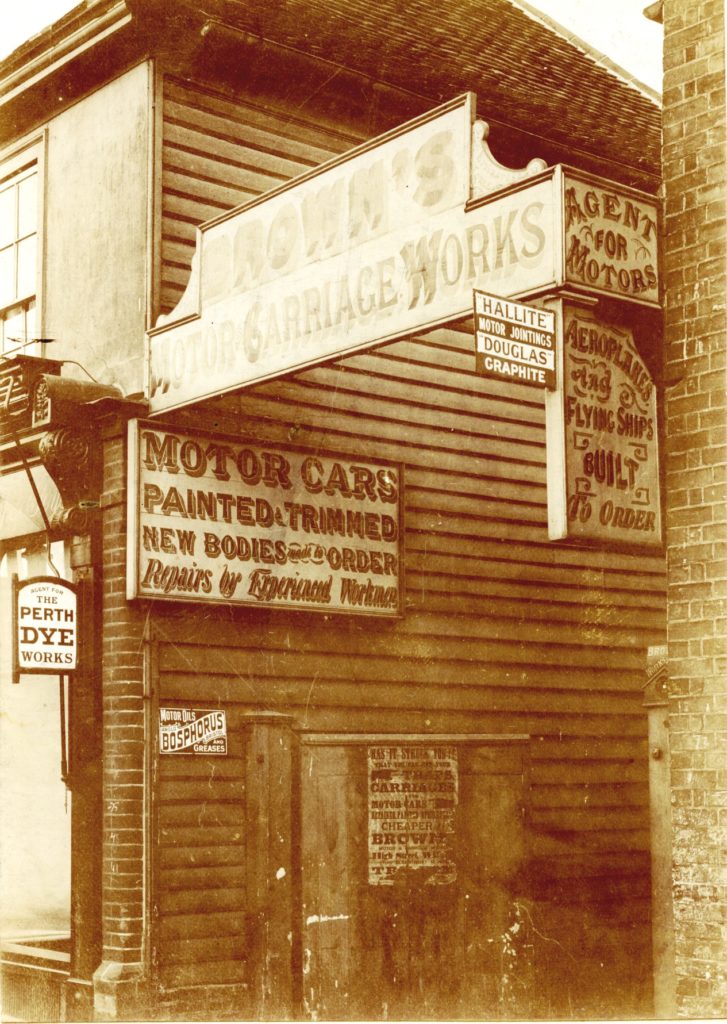 Side entrance to yard of Arthur Ralph Brown, motor and carriage works, at 97 Newland Street, beside 95 Newland Street. Notices include ‘Brown’s Motor and Carriage Works’, ‘Motor Cars painted and trimmed. New bodies to order. Repairs by experienced workers’. ‘Agent for motors’, ‘Aeroplanes and flying ships built to order’. If anyone asked him what he would do if any one actually ordered an aeroplane, he would say ‘I’ll find out how it’s done’. Having lived in Witham c 1875 to 1900 with his mother, he was in Wood Green in 1901 as a foreman and then back in c 1902 to set up his business. There was a fire in 1908 after a stack of straw was set alight (there is a stack on left of the photo). He lost his money and probably worked for someone else after that.