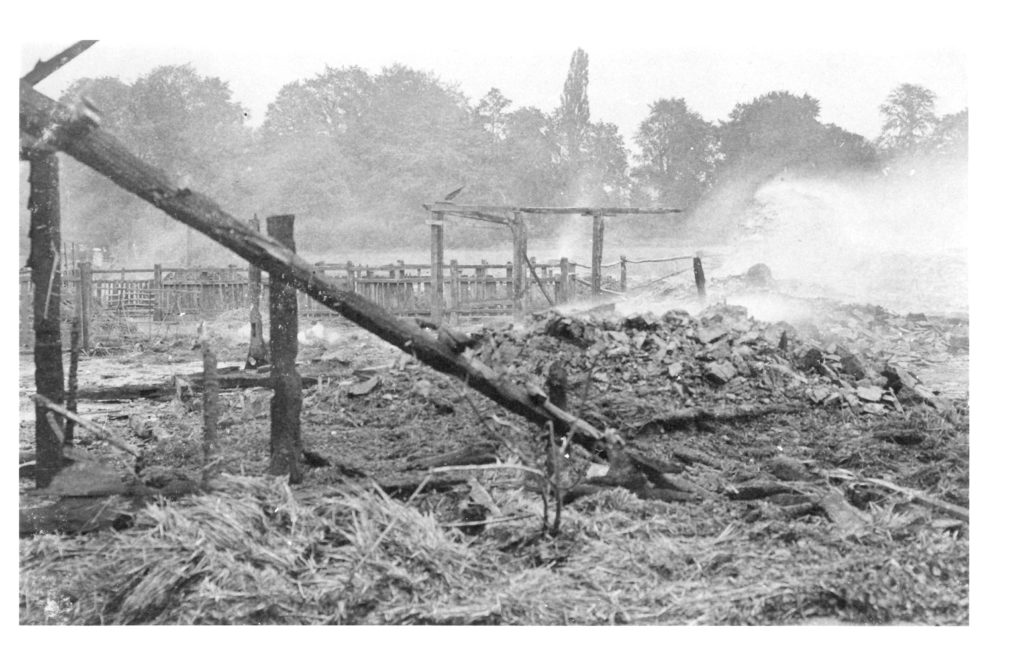 Fire at Howbridge Hall. Discussed in Witham UDC meeting 30 September 1912. Delay in attending fire on 7 September 1912, and reports re ‘conduct of some of the firemen’, referred to Committee. At Fire Brigade Committee, 11 October 1912, was a discussion re one of firemen being drunk at the recent fire at Howbridge Hall. Reprimand agreed. Stated that suggestion that others drunk was unfounded. At UDC meeting, 28 October 1912, Committee report recommends letter be ‘sent to the Fireman who was undoubtedly the worse for drink’ at Howbridge Hall, reprimanding him. Charge against other firemen unfounded. From minutes in ERO.