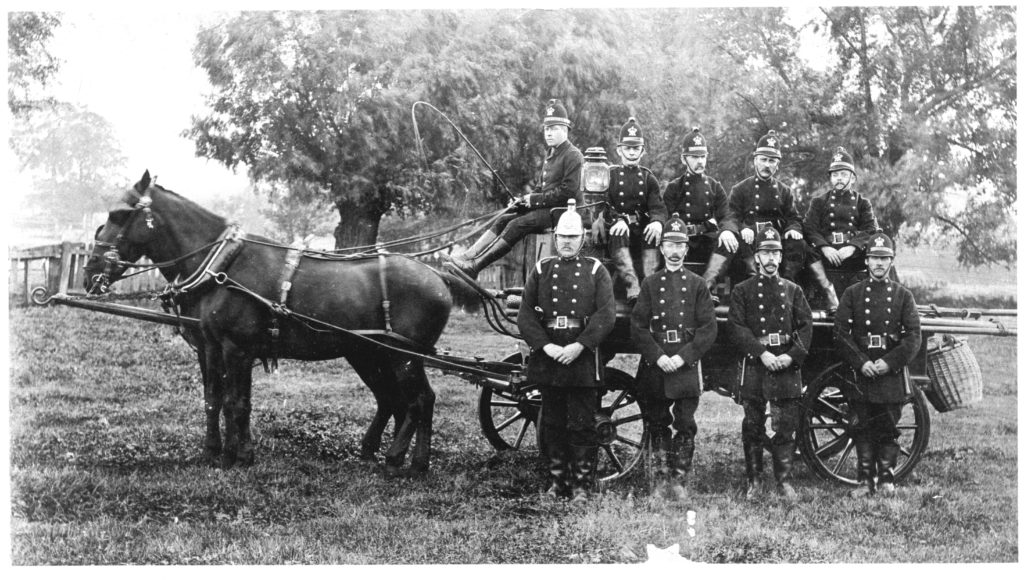 This hand-pumped machine was outshone by the steam pump from Maldon in February 1910 during the fire at the old Constitutional Club. A subscription was raised and Witham purchased its own steam engine to celebrate the 1911 coronation. It was still pulled by horses, which had to be caught, and it had to ‘get steam up’ before working.