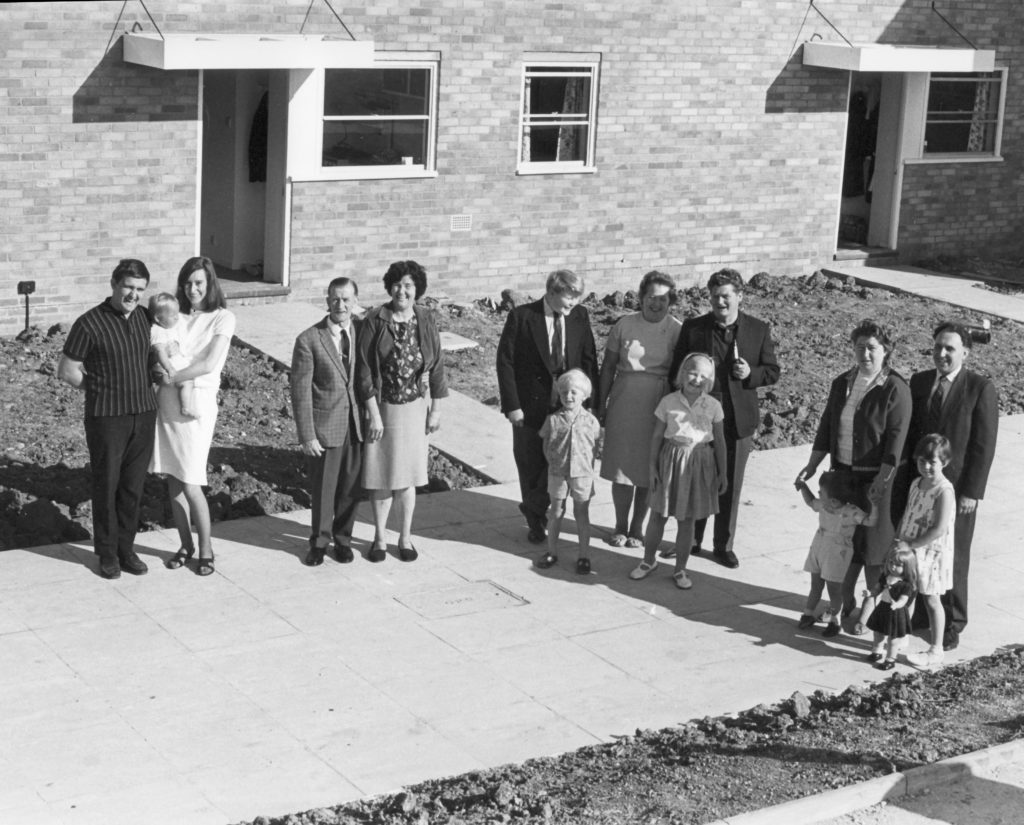 The first residents of Court One, Bronte Road, 1966. These and other houses were built under an agreement between the Witham UDC and the Greater London Council, whereby factories and their employees would all move out from London to Witham together. Left to right: Mr and Mrs D. Gore and their son Christopher, Mr and Mrs I. W. Desborough, Mr and Mrs David Rowe, and their children Douglas, Keith and Janet, Mr and Mrs L. Law and their children Kevin and Lorraine. Note that in the first edition of ‘Images of Witham’, page 21, I added Tracy to the last family, but actually it is a doll; Tracy was not born then !