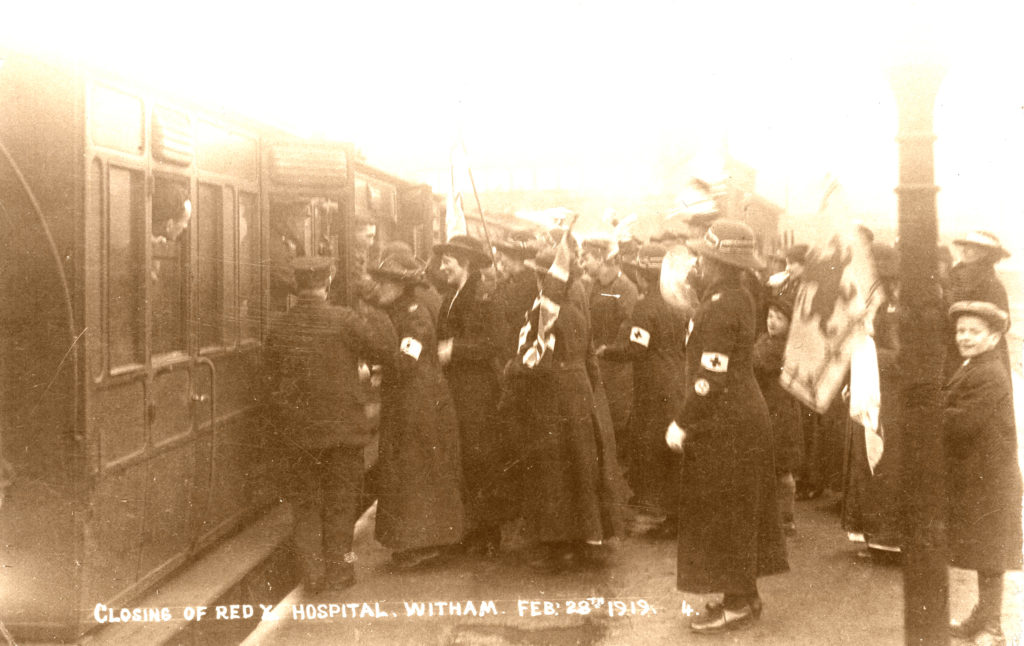 First World War. ‘Closing of Red X. Hospital Witham Feb.28th 1919’. Reported in the Essex Weekly News, 7 March 1919. Taken at the Railway station, with a train on the left and the station building behind. VAD nurses and others saying goodbye to soldiers from the hospital. It was in the Hospital wing (since demolished) at the west end of what is now the Bridge Home. See also photo M108.